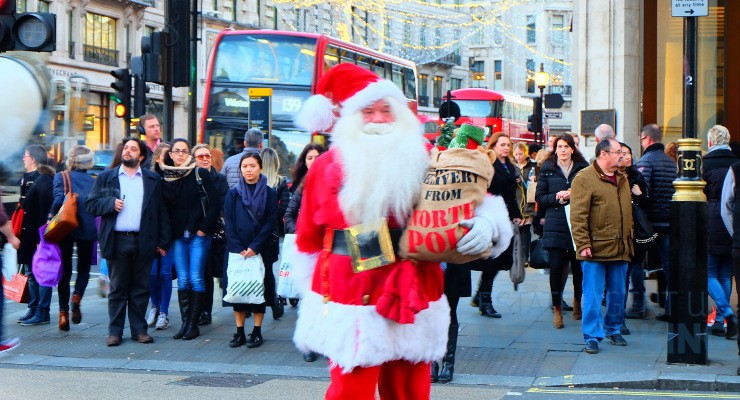 Leading lettings management platform, Howsy, has looked at where across the nation makes the rental naughty and nice lists since last Christmas, based on the growth in rental costs over the last 12 months.

Using data from the ONS, Howsy has highlighted the top 15 locations to have seen the biggest increases and decreases in the average rental price since last Christmas.

Depending on whether you’re a tenant or a landlord, the naughty and nice lists will differ between rental growth and decline but across the nation as a whole, the cost of renting as edged up 0.9% in the last 12 months.

The largest increase has been in Yorkshire and the Humber with a 5.1% jump, while the North East is the only region to have seen a decline at -1.1%.

Where else has dropped?

Looking locally, tenants in Corby will be full of Christmas cheer with the average cost of renting down -10.5% in the last 12 months, the biggest drop across England. Elmbridge in Surrey has also seen the cost of renting drop by double-digits, down -10%.

Windsor and Maidenhead, Wycombe and Bath and North East Somerset also make the top ten biggest rental declines. At -7.2%, Richmond has seen the largest drop in rental values in London, with Tandridge, Stroud, Rushcliffe and Poole also amongst some of the largest drops.

It’s not all festive cheer for tenants this Christmas though, particularly those in Exeter, with the average rental cost up 28.7% in the last 12 months. Norwich and Newcastle under Lyme have also seen rental prices jump by more than 20% at 21.1% and 20.5% respectively.

Camden has seen the largest increase in the capital, up 18.8%, along with South Oxfordshire at 16%. The City of London, Westminster, York, Hounslow and Mendip have all seen the average cost of renting increase by more than 10% this year.

“The change in the cost of renting on a regional basis in the last 12 months alone highlights how diverse the rental market is and how fluctuations in stock levels and tenant demand can make a big difference between one area and the next.

Nationally, rents have increased, for the most part, but it’s not all bad news and while some tenants will be feeling the pinch more so this Christmas, others will be enjoying a reduction in the cost of renting.

With a number of legislative changes introduced this year, the rental sector should become a better, more transparent place for tenants and landlords alike as we head into a new decade and this is something we can all look forward to regardless of the change in rental costs.”