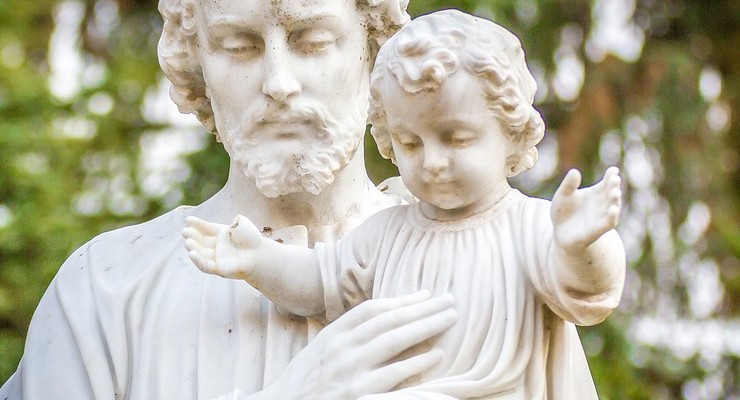 Yes there is a patron saint of real estate, this is not simply a clickbait title! Whilst I was researching practises people use to attract good luck when selling I stumbled across a few examples being the usage of a Saint Joseph statue, the Patron Saint of Real Estate. I quickly popped over to Amazon to see if it is a commercialised product and there I was presented with a long list of mini statues for sale to aid in selling your property!

Where did Saint Joseph and its connection with Real Estate begin? There are quite a few stories around this topic though mostly we see the theme that Saint Joseph was the patron saint of carpenters (who happened to build houses too) and evolved to be also seen as a Patron Saint of Home Sellers. He was said to have had to move home many times with his family to relocate to new lands.

Alternatives include: “​This tradition is believed to have started with a 16th century nun named Teresa de Cepeda y Ahumada (later St. Teresa of Avila). St. Teresa founded the Discalced Carmelites order of nuns in 1562, and it was her personal mission to establish many convents throughout Spain. One day as she searched for a location to build on, she discovered an ideal parcel of land. She turned to St. Joseph in prayer asking for his aid in acquiring the land; she buried a medal with his image on it in the soil and waited patiently. St. Teresa ultimately attained the land and believed it was St. Joseph who came to her assistance. The tradition of burying a medal of St. Joseph — and later a statue of the saint — gained momentum after St. Teresa’s experience.” source catholicfaithstore

Now the tradition of this statue is to be buried in the back garden thanks to the story we shared above when St. Teresa of Avila buried the medal. This practise really gathered pace in recent years (1990’s) and now many people, both religious or not, will tend to use this method in order to bring them luck when selling.