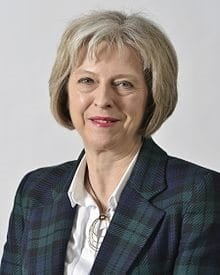 Prime Minister David Cameron will hand in his resignation on Wednesday and Theresa May will take over and become Britains second female Prime Minister since Margaret Thatcher.

Theresa May’s appointment as Prime Minister  boosted the markets by ending the uncertainty surrounding Number 10, the FTSE finished up on the day with housebuilders gaining back some of the ground they had previously lost.