Tough times for the over 50’s in the property market. 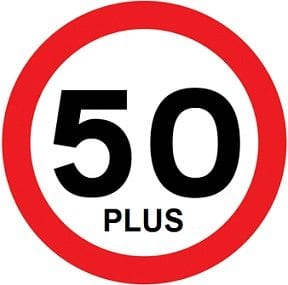 In a recent Homewise Blog they highlight that up to one in ten over-55s homeowners across the UK are still paying interest-only mortgages and facing the prospect of clearing their debt when the deal runs out, this according to new research carried out by the retirement property experts Homewise.

Its independent research among over-55s paying mortgages found 10% of the 1.4 million over-55s homeowners who are still paying mortgages  have interest-only loans and while the majority are confident of clearing the debt substantial numbers fear they will not be able to.

The study by Homewise shows 17% of interest-only borrowers aged 55-plus admit they will be unable to clear the debt. The average amount owed by over-55s with interest-only mortgages is around £91,000 with one in seven owing more than £150,000. Read more…

At the same time that we see some of the over 50’s struggling with their mortgages, research showed  nearly a third of people aged 50 and over now live in a rented home.

These people in their early 50s have been particularly affected in the last five years, with the research showing a 15% increase in the number of those aged between 50 and 54 opting to rent, according to Saga. A combination of rising divorce rate and higher house prices is to blame says Saga, after splitting the proceeds of their family home they are unable to afford to buy individually and find themselves in rented accommodation.