Halifax now lends at 5.5x income to borrowers with 25% deposit 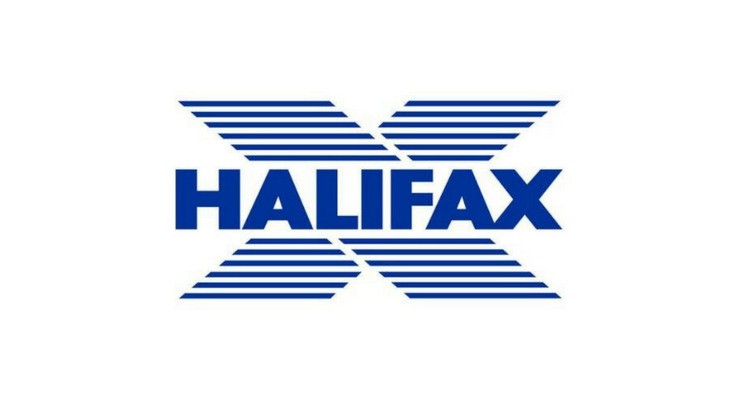 In response to the spiralling cost of property, the lender Halifax is now offering a mortgage with a multiplier of five and a half times a person’s income, as long as they have at least a 25% deposit and want to borrow between £75,000 to a million pounds, and they also earn £75,000 or over.

Halifax have also increased their lending criteria across their lending book, for others on salaries of £75,000 plus. For example, borrowers who had in the past been able to enjoy multipliers of 4.5 times their income, can now have 4.49 times income as long as they require mortgages for half a million to £750,000.

The deal will see GCD take ownership of the popular house hunting portal and its property software products from November 1st as the company seeks to further grow the product side of its business.

Mediahuis, which publishes a range of print and digital titles across the island of Ireland, including the Belfast Telegraph, has decided to sell Propertynews.com as part of a plan to focus its resources on its core publishing business and other leading classified sites including the continued development of its highly successful NIJobFinder recruitment portal.

GCD is seen as the perfect buyer for Propertynews.com as it has been the site’s technology partner since 2004, responsible for the design and development of the current Propertynews.com portal, apps and estate agency management software products. GCD has vast digital product development experience across many sectors, working with clients including PowerNI and Fane Valley.

GCD employs almost 40 people between offices in Lurgan and Dublin and the acquisition of Propertynews.com will see the fast-growing business further increase its headcount. In the past three years, GCD has grown its business by more than 40%.

Andrew Gough, Managing Director of GCD said: “In addition to developing digital products for our clients, we also develop and operate a suite of products ourselves and the acquisition of Propertynews.com fits perfectly within our strategy to further grow this stream of our business.

We have a long history with Propertynews, and our team have a deep relationship with the platform, its technology and its customers, so we are delighted to be taking ownership of the site and its software products. We are really excited about the future of Propertynews.com and the innovation we can bring to the property market locally here in Northern Ireland.”

Marc Vangeel, CEO of Mediahuis Ireland said: “Mediahuis are proud to have owned the propertynews.com portal within our portfolio of news media and digital brands since 2019, but we believe that this offer from GCD Technologies will bring the resources and product development experience needed to continue to compete effectively into the future. We wish the new owners continued success.”

Propertynews.com was established in 2000 as Northern Ireland’s first property portal. It became part of Mediahuis when the company acquired Independent News & Media in 2019.

Zoopla, the second-largest property portal has announced in its most recent analysis that it expects the HMLR will show that 1.5 million people bought a property in 2021. This is significant, as typically in recent years the figure has been nearer the one million mark. A marked uptick in movers.

The pandemic and remote working, plus of course the SDLT holiday, has meant that buyers and sellers have been very active. In a piece written for Zoopla by Nicky Burridge, further detail is fleshed out on what may be ahead in 2022:

22% of people currently want to move, significantly higher than the usual 5% in a normal market

Nicky Burridge also said: “The end of the stamp duty holiday has failed to dampen demand from potential buyers, which is up 30% on the five-year average. Thanks to the tapering-off period at the end of the holiday, the anticipated ‘cliff edge’ is nowhere to be seen and the pandemic-induced boom still has further to run. Homes collectively worth £473 billion will be sold this year, that’s up £95 billion on the number of offers accepted in 2020.

“However, the level of activity is expected to slow next year as the market faces a number of headwinds.”

Adding to this analysis, Richard Donnell, executive director of Zoopla said: “The impact of the pandemic on the housing market has further to run but at a less frenetic pace. We expect the momentum in the market to outweigh some emerging headwinds from higher living costs and the risk of higher mortgage rates.

“The latest data shows a turning point in the rate of house price growth, which we expect to slow quickly with average UK house prices up 3% by the end of 2022.”

What has Sunak’s Autumn budget done for property?

An interesting budget speech covered all the hot topics in property, but it was not a very joined-up strategy. On the one hand, Chancellor Rishi Sunak could be seen as caring, by imposing a 4% levy on developers who make more than £25 million in profit. The proceeds are to be used for a fund to tackle the cladding scandal. Overall, it appears that the budget – as far as property is concerned – has split opinion.

The grim reality is, this 4% levy is likely to raise just £2 billion in the next ten years. The current estimate of remediation works to unfit properties sits at £50 billion. That’s a lot of people who, in three years, will still be trapped living in unsafe properties at risk of fire. At present, there are thought to be over 12,000 blocks of flats that may need remediation.

In an attempt to console the builders and the huge number of people needing homes to live in, he said that there would be multi-year capitalisation into building new homes to the tune of £24 billion. Given that there is a whole generation of homeowners sitting in properties that are not built properly, maybe the government needs to look at who is going to build these.

Brownfield sites again were in the budget, with £1.8 billion being earmarked to develop over 37,000 acres of contaminated land, which one property pundit said equated to just under £12,000 per dwelling. For some of these hazardous brownfield sites, there is no financial outlay big enough to make the sites viable before any building starts. But they’ll continue to peddle the myth, nonetheless.

There was some good news around planning, with the slightest hint that paper would give way to digital. £65 million has been promised to go into freeing up the planning system. It sounds like a big figure, but if past government-led software solutions are anything to go by, a few consultancies in the mix, then five years of building the wrong thing will probably end up like many of these Whitehall initiatives…Serco’s Test and Trace, being just one disastrously expensive example.

Also, the Chancellor has finally stopped meddling with SDLT, and has not moved against the private rental sector, specifically the private landlord, who has been squeezed on every side by taxation and regulation. He did give some funding to the worst off tenants, who are very much the bottom of the pile.

The big news around the budget and property will come if and when the Bank of England move that 0.1% base rate a notch or two higher, stifling the Chancellor’s property rhetoric.

If inflation continues to rise, which it will, and the cost of borrowing rises, which it will, taking mortgage repayments with them, a slowing housing market will definitely make all of this talk about 300,000 new homes a year seem like the fantasy it clearly is.