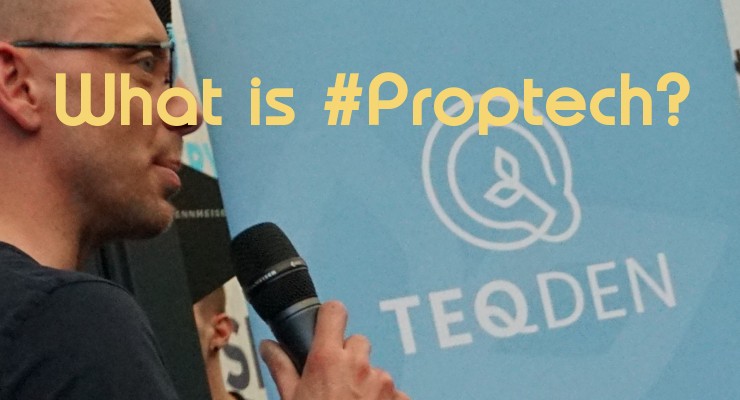 The abbreviation of Property Technology, Proptech has made its presence felt in the UK property industry over the last few years.

Each year that goes by it seems that this trending topic continues to grow in presence from those working within the sector to the agencies across the country embracing them.

“Property technology is the application of information technology and platform economics to real estate markets. Some goals of real estate technology include reducing paperwork or making transactions quicker and more efficient, it is often thought of as overlapping with financial technology.” source Wikipedia

For a few years now I have followed the emergence of #Proptech in the UK. Back in 2017 I founded and launched TEQDEN, a concept dedicated to start-ups in this field and investors interested to get on board – Each event took place bi-monthly at the Google Campus London and at its peak we had over 150 people attending with 5 Dragons Den style pitches and a busy networking atmosphere. I sold TEQDEN to LifeVentures in 2019.

What I could see was the potential that #Proptech held and that once it had tackled the hurdle of how to be embraced by estate / letting agents, and communicate to them, then there really would be no stopping the growth of it and the expansion of concepts hitting the market (along with investors willing to support them).

The question though many will ask is exactly what is #PropTech and what constitutes being classified as a #Proptech concept.

Countless #PropTech companies come and go, lots stick around, a few have themselves firmly installed and a handful have become a raving success… Pretty much like in any industry sector to be honest. The ones that do well have ultimately solved a common problem with an online technology that simplifies and possibly also reduces time / cost towards a problem that was calling out to be solved. Lots solve a less common problem and are more an added luxury whereas many, in my opinion, look to create the problem that their concept could tackle.

“The role model #PropTech company is that one which has identified the problem, devised a much simpler and cost effective solution and been able to roll it out to the market successfully.“

Most times #Proptech is technology and online based. Usually a software that handles / identifies bits of information and spits it out the other end in some kind of automated process to aid the user. Many are a duplication of another similar thus competing against one another for clients, rarely is one problem only solved by one #proptech company. Many are still trying to promote the problem they are looking to solve.

Also, the sector not only aids estate and letting agents, but also the likes of landlords, tenants, buyers, home owner, builders (stretching over to contech also), interior designers and more… The property sector is quite a vast one.

The industry is certainly not without interest from outside parties and those seeking to get returns on investment… ‘the amount of money venture capital invested in proptech start-ups in 2020 and found $23.8 billion was invested‘ is quoted by msn.com

Who to look out for in #Proptech?

There are many companies, both old and new, who you should be taking note of especially as they are already achieving great results for the clients that use them. The best way to find out who are the stars of the stage currently is to follow the #Proptech hashtag on social media or look out for key influencers in this field – One such person, Andrew Stanton, shares a few words with us:

“Proptech has been universally described as the digital transformation of real estate. Where property and technology collide, producing a shockwave of change, powered by venture capital, cloud computing and new technologies, which seeks to modernise, create efficiencies, and drive profits. Changing forever the legacy, and paper driven processes in all verticals of the property asset class.’

This is a half-truth, Proptech is also a philosophy. A heightened consciousness of what can be done in the global playground of real estate; using new tools which in themselves, allows the new order of things to be even further re-imagined and come into being.

Let’s use an analogy and consider human locomotion for a moment. If real estate is a horse, proptech re-imagines it as a Tesla. Then, what follows is that technologies like AI and Big Data would strap a rocket to the roof and send it into the stratosphere!

With these new technologies looming large on the horizon, there will soon be very little left that resembles the pre-pandemic real estate sector, not only in the way it performs and goes about its business digitally, but also in the mind set, the thing that makes everything tick. Analogue becomes digital, harnessing information, innovation and influence in the process.

Keep your eyes open for Proptech-X, a new platform dedicated to #Proptech which I’m pleased to be leading.“