A passport check at the “doorstep”. 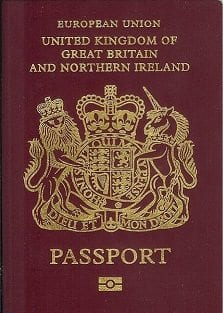 It may appear a bit OTT to have to show a passport  to obtain accommodation but that is what may happen if the immigration bill becomes law after it is debated tomorrow 13th October,  it would make letting to illegal immigrants a criminal offence. The aim of the bill is to put better controls in place over illegal immigrants seeking somewhere to rent , the responsibility for checking will be down to the Landlord, failure to comply could lead to  penalties, such as a fine or imprisonment.

The Right-to-Rent checks are meant to be non-discriminatory, landlords will be advised  to maintain records of all new tenants, only people with the lawful right to live in the UK should be accepted.

Shadow Home Secretary Andy Burnham has come out against the bill, saying it is “disproportionate, divisive and deceitful”, he has also warned that proposals risk making the UK’s housing market a “hostile environment for tenants with foreign-sounding names”.

All this comes as across Europe there is the wider debate concerning free movement of people across borders, at present those signed up to the Shengen Agreement have no border controls, ( temporary border controls have recently been reintroduced in certain countries in response to high refugee numbers)  UK opted out of the agreement and continue with their border controls, they now may be taking it one step further so as to speak, that is at the door step for those looking to rent.