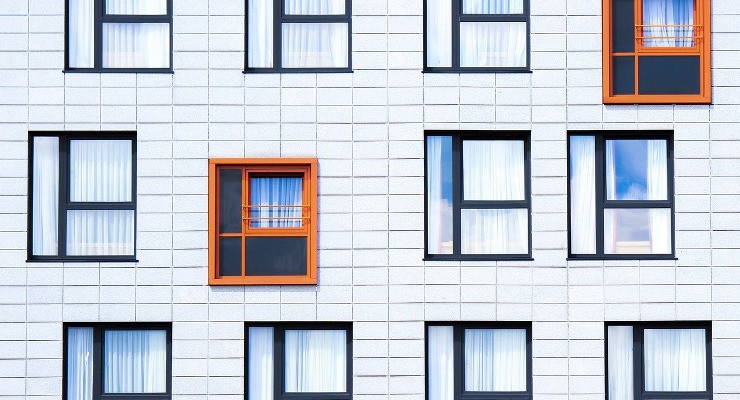 There has for a long time been an affordable housing problem in London. It used to be primarily the central areas that had unaffordability, but this trend spread out to the outer city areas and cheaper regions suddenly became expensive thanks to the likes of buy to let drives and also over crowding. No longer does anywhere in and around London hold a property that can be called a home – It is all about profits / rentals / yields / London waiting and much more.

Always a heated topic and one that any MP or Mayor has to focus some of their time on – Housing. Be it the provision of enough affordable housing to deciding what land parcels should be released from green field to brown field and dealing with the subsequent apposing of such decisions. For a long time we see the release of land and gaining of planning permission (new build homes) a tough process to scale with outcomes always less likely to be positive over negative (rejection). Extensions, alternations and more are far more likely to be accepted by planning.

“Around 86 per cent get their planning permission applications granted, according to analysis of government data.” source thisismoney

London is a densely populated city. It is the capital city of our country and this brings in high demand for all kinds of property requirements from commercial to residential. Hotspot areas receive high demands for housing and this in turn, when there is no relief of new housing, pushes prices up and this of course creates the further necessity to provide affordable homes. For some years now the decision to explore regions just outside these expensive areas has simply driven these prices up too… Kind of a catch22 problem which really boils down to not enough housing and not enough affordable options (that need to stay affordable).

“The Mayor’s official assessment of housing need in London found that the city now requires around 66,000 new homes a year to provide enough homes for current and future Londoners. According to this assessment around two-thirds of these new homes should be affordable homes.” source london.gov.uk

What is affordable housing?

Affordable housing is not the same as social housing, both are set at different levels for different requirements. Social housing is there to provide people with a home who are lacking funds to enter the rental / sales market themselves – These are usefully filled by those on waiting lists / priority waiting lists and set with different tenancy arrangements. Affordable housing looks to deal with the challenge of housing affordability and the repayment plans are usually set at a higher then rental average fee for that area by national government or a local government recognising the current housing affordability index. Though we did see a sell off back in the 1980’s of ‘council property’ it is now not possible to purchase affordable / social housing and sell off for big profits. Most times, affordable housing is provided, under a scheme by the government, by national house builders within new developments.

The current London mayor as been in the spotlight many times for failings on building new and affordable housing for the city of London.

It will soon be time to once again vote for the person to be the London Mayor – The 2021 London mayoral election will be held on 6 May 2021 (delayed from 2020 due to covid-19 pandemic). There is a wide selection of those who are in line to become the next London Mayor including Winston McKenzie of Unity In Action, David Kurten an Independent, Dr Peter Gammons of UKIP and also someone who recently spoke about ‘modular housing‘ for London, Brian Rose an Independent. The full list of candidates can be viewed here.

When you read up on the candidates and some of their plans it is quite a circus to be honest with each trying to build a following/votes by promising the likes of London to join the EU, renaming London Bridge Phoebe Waller and making London the first gender equal city in the world. There are of course very sensible promises being made that include making London carbon neutral by 2030, converting empty office space into affordable housing and promising to recruit more than 8,000 extra police officers.

Back to affordable housing and Brian Rose candidate. On a recent Youtube video of his (he holds 2 million subscribers on his channel London Real), he discusses his vision for modular housing options for London thus correcting the affordable housing deficit and providing more people with both places to live and importantly at a cost that is affordable.

I must say that there has been much progress on such projects for housing. I have seen the likes of ex portacabins being used for homes and stacked above each other, I have seen great and quite stylish modular home projects globally as well as the likes of 3d printed homes. Most times these projects provide both an affordable housing option and equally as important, a faster way to provide housing.

Though with all these positives there is still much doubt for such a remedy to affordable housing. Some see these options are merely temporarily and third world in style, who will accept a quickly built property that is no more than say a glorified shed over what we all see as more secure housing, those of bricks and mortar? I can certainly see both sides of the story and opinions here – It will very much depend on quality of build and also the requirements of those moving in.

I see comments on the latest video from Brian above that includes people’s fear that this remedy for affordable housing is merely an emergency solution, rather like after a war – Some see them as an excuse to welcome over more illegal immigration and that these style of homes and community will jsut seen an increase in crime (ghetto someone used). There is good support also though with comments such as they are efficient and intelligent designing. Most comments though are negative towards the idea.

What do you think? We asked Brian for some comments – We have yet to hear back…