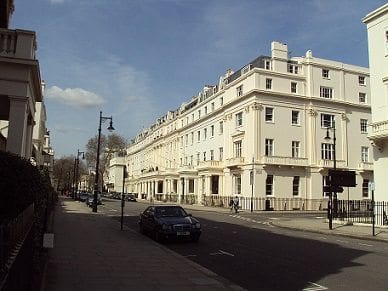 The median selling price of luxury homes in the London postcode of SW1 which includes Belgravia have fallen by more than 20% in the year up to November 2015 as rising taxes start to bite.

According to analysis by Bloomberg of Land Registry data, the London postcode SW1 has seen the the biggest slump in sale prices in London during this period. The median sale price in the postcode fell to about £928,000 in November and the number of homes sold fell almost 75% to 15.

Luxury-home values in London are expected to remain flat or even drop this year as Russian and Chinese buyers disappear and low oil prices affected demand from the Middle East.

According to Knight Frank LLP, Russians bought 4.2% of the homes that were sold in central London’s best districts during the third quarter, down from 10% a year earlier, Chinese buyers acquired 11% of homes sold from January to November last year, compared with 10.5% in the same period in 2014.

This is not the first time we have seen such news, back in October 2015 the London-focused estate agent Foxtons said high prices and stamp duty changes resulted in house purchases in the centre of the capital falling to record lows.