Due to Covid, at present the government and the courts are not moving forward with tenant evictions, which means bailiffs can’t remove tenants who might under normal circumstance be required to leave their rented accommodation.

Though it is not known the exact amount of tenancies that are likely to be the subject of legal action, it has been estimated that it might be close to 700,000 tenants in this vulnerable category. Pressure groups looking after the interests of these tenants say that in excess of 6% of the PRS have been issued a Section 21 notice.

With the Furlough scheme due to end in September and courts likely to be ‘opening’ before then, this ticking time bomb will need to be tackled on a national scale by the government.

MAJOR LENDER TO IGNORE THE PANDEMIC YEAR FOR SELF-EMPLOYED MORTGAGES

In an enlightened move, Santander has decided that ‘self-employed’ applicants looking for a mortgage can have their business 2020-2021 accounts left out of the equation when looking at their lending eligibility. Choosing instead if it helps to look at the two previous years.

Though they will also take into account any ongoing financial liability the applicant has with regard to taking out CBILS payments or deferred VAT options.

>Whilst many talk about getting their company footprint down to 0, in the New Home Housebuilder vertical this is never going to be an easy thing. Lovell though have been aiming for a zero level by 2030 and have just announced they managed over a 60% reduction in carbon dioxide equivalent emissions in the last decade.

This has been achieved by a whole mixture of strategies across the business, from re-cycling to cutting wastage margins.

In a recent analysis nearly 20% of lenders reported that they were seeing an increase in home owners having mortgage ‘problems’, and over 30% of lenders predicted in the near future there would be an uptick in this sector.

Possibly a perfect storm, a rampant housing market fuelled by lack of stock and a BoE rate of 0.1% and low interest rates for those with jobs and sizeable deposits or equity, and many others dealing with their livelihoods being put on hold due to the pandemic. 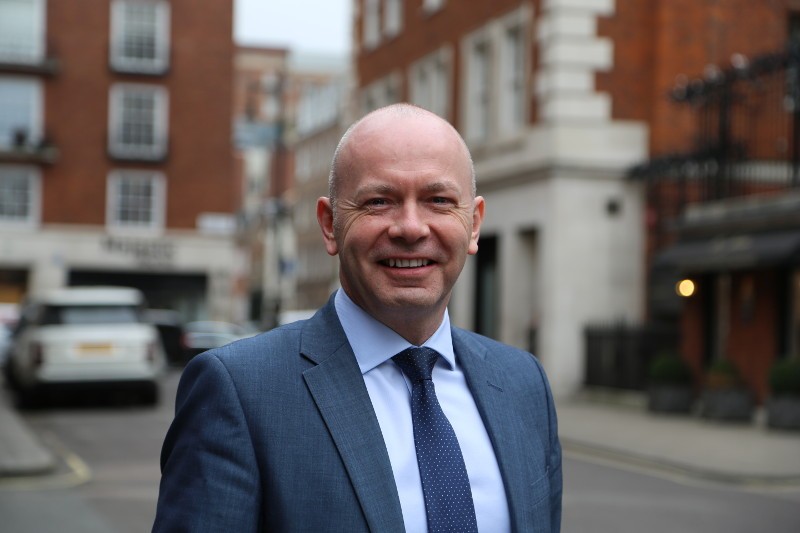 According to data from TwentyCI/EA, the average time taken for properties to complete has increased by 6% when looking at the year-on-year figures of the top ten largest estate agency brands in the country.

Iain McKenzie, CEO of The Guild of Property Professionals, says that while the time taken for a new instruction to move to Sold Subject to Contract (SSTC) has decreased by 3%, the increase is driven by the longer time taken to move from SSTC to completion.

“Last year it was taking around 78 days for a new instruction to move to SSTC, while this year that number has come down to 76 days with homes selling slightly faster. However, the time taken for the sale to then complete has increased from 106 days to 121 days, which equates to a 12% year-on year increase.

On average, the total time taken for a new instruction to go through the entire process and complete has increased from 184 days to 197 days (6%). This increase will once again put pressure on buyers who hoping to meet the new Stamp Duty Holiday deadline at the end of June,” says McKenzie.

He adds that comparatively, when looking at TwentiCI/EA data on The Guild network, https://www.guildproperty.co.uk/ the average time taken to move from new instruction to completion has increased by 4%, lower than the average 6%.

“On average, Guild Members are able to get a property Sold Subject to Contract around five days faster this year than last year, which equates to around a 7% decrease in the time taken. However, as with the rest of the industry, the network is having to deal with delays and the increased time it is taking for the transaction to move through the conveyancing process.

That said, because it is taking fewer days to get the property sold, the total time for a new listing to move to completion is just 3% slower, with the process taking around 189 days for Guild Members on average,” McKenzie comments.

As the Spring season gets under way, a traditionally busy time for the property sector, more and more transactions will be moving through the process as we head towards the Stamp Duty cut off.

McKenzie concludes, by stating that,

“High demand continues to drive the housing market, with portals such as Zoopla reporting that average buyer demand since the start of this year is 13% higher than average levels across the whole of 2020. Rightmove has also reported that demand in March this year was 34% higher than in March 2020.

This increase in demand has resulted in agents finding buyers for listings in less time, but as the number of transactions increase, the timescale to completion is also likely to continue to increase, at least for the near future.

Agents should be preparing buyers for the fact that they are may likely miss the Stamp Duty deadline at the end of June.”