First time buyers powered the 2021 housing market, what about 2022? 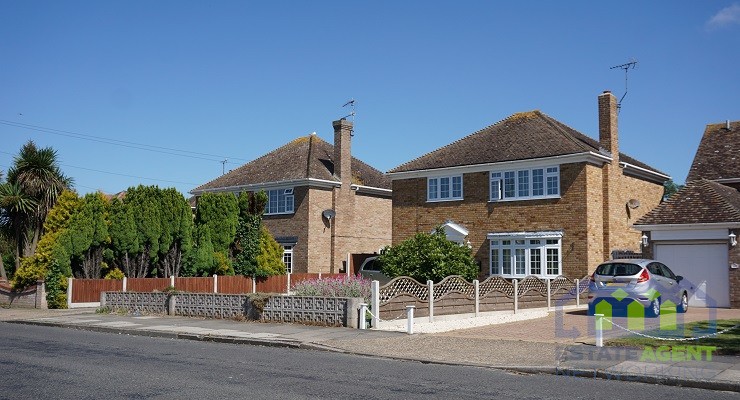 According to HM Land Registry, more than 1.2 million homes changed hands last year, despite the rounds of lockdowns and accompanying mayhem caused by the pandemic.

What is now becoming crystal clear is the huge part that first time buyers played in this, and how things may pan out very differently in 2022.

The headline figures are that over 406,000 first time buyers bought a home in 2021, an uptick in volume from the previous year of over a third. But the standout number is that one in two, or 50% of all house sales in 2021 which involved a mortgage were bought by these newbie buyers.

Carefully looking at why there was such a surge of buyers, some things stick out. Firstly, first time buyers do not pay stamp duty if they buy at £300,000 or less, so the giveaway chancellors SDLT bonanza would not have stimulated a majority of new homeowners to race out and buy a home. It’s also true that if a first timer could buy at £500,000, they would have made a saving on their SDLT, which for London buyers might have been a slight motivator.

The second reason so many new buyers flooded the market was the new home market with Help to Buy, a deposit scheme backed by the government. It was designed to help people get on the housing ladder with lower deposits. In reality, it gave first time buyers access to very good lending deals as they effectively had a sizeable loan to borrow ratio, which meant securing more favourable lending terms.

The third factor may have been lockdown and work from home. That is to say, lockdown for many first time buyers meant working from home in a property that they rented with no garden. The freedom that work from home offered, despite the inherent lack of freedom caused by lockdown, was that young professionals were no longer tied to offices in the capital. An exodus to the shires with property prices that supported buying a house with a garden was a driver of change.

Now though reckoning is at hand. In 2022, there will likely be a national shortage of property to buy, particularly new build property. This is due in part to disrupted supply chains and huge backlogs of raw materials to actually build the homes.

Global deficiencies mean that bricks for example are taking 32 weeks to be delivered to site, which will throw out the ability to sell a property if it is not built. The other problem in 2022 is that the buoyant market has moved the goalposts for the new buyers this year. Typically, that nice property their friends bought last year for £250,000 is now £275,000, if indeed they can find one for sale.

Higher prices, mean bigger deposits are required to buy into the market, and it is estimated that The Bank of Mum and Dad will be extra busy in 2022.

Another problem, there is reckoned to be £50 billion worth of property in the UK affected by cladding issues, or fire safety issues or design defects. In London alone it is estimated that 10% of newly built flats cannot be mortgaged/sold. Why is this a factor? Well if 10% of the type of property that typically gets sold each year does not come to market, it will affect how many get bought.

Other clouds that the canny first time buyers of 2022 may be mulling over is higher personal taxation, with inflation now running at 5.1% and the Bank of England pushing up the lending rate, and of course unemployment.

Whilst there is definitely a skills shortage and plenty of work out there, it is often not at the level that will support new home buyers’ needs.

According to the following posted on the official GOV.UK website – Michael Gove, the great leveller and newish housing secretary has pinned on his pointed tin star and has jumped in where his predecessor feared to tread.

Mr Gove outlined a four-part strategy to the government to solve the woes of leasehold and high and now lower-rise properties. He said:

Gove said: “More than 4 years after the Grenfell Tower tragedy, the system is broken. Leaseholders are trapped, unable to sell their homes and facing vast bills.

“But the developers and cladding companies who caused the problem are dodging accountability and have made vast profits during the pandemic whilst hard working families have struggled. From today, we are bringing this scandal to an end – protecting leaseholders and making industry pay.”

“We will scrap proposals for loans and long-term debt for leaseholders in medium-rise buildings and give a guarantee that no leaseholder living in their own flat will pay a penny to fix dangerous cladding.

“Working with members of both Houses, we will look to bring a raft of leaseholder protections into law through our Building Safety bill.

“And we will restore much needed common sense on building safety assessments, ending the practice of too many buildings being declared unsafe.”

Gove then goes on to say that high noon will be Easter, and all the ‘cowboys’ need to come out with their hands up and suggest how they best make amends or the government will draw their revolver first.

The pushback from the building sector has already begun, with some national house builders stating that if they are forced to contribute to remediation costs and fire safety upgrades, this would be seen as a punitive and hostile measure.

I also wonder if the former Housing Secretary, who seemed to have a very different relationship with property developers, would choose this precise moment to call out the providers on the 178,000 new homes built annually.

It is a long time before we start unwrapping our Easter eggs, but probably not long enough for everyone caught up in the present mess to get their collective houses in order.