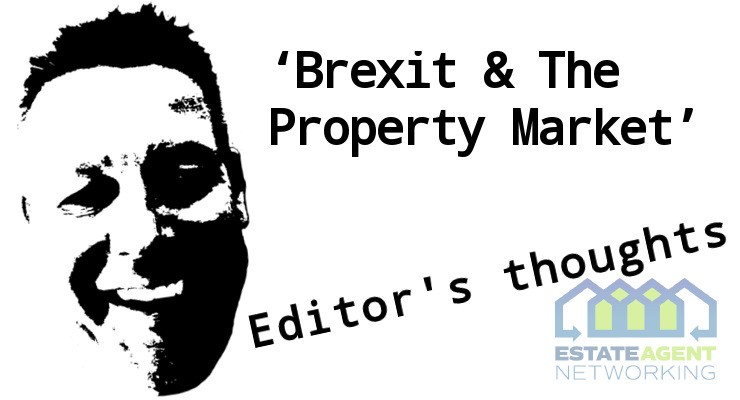 Hard of soft, not Boris Johnson’s choice of boiled egg, but how Brexit unfolds will have an affect on the property market. As Carol Lewis writing in the Sunday Times recently summed it, ‘The average UK homeowner made more money from their home in the first ten months of this year than in the preceding three and a half years. The question now is whether they will keep that record gain, or see it wiped out by a poor Brexit deal.’

Looking at the Bank of England for a steer, worryingly in June and September they were talking about imposing negative interest rates, which given the base rate is 0.1% seems an indicator that if Brexit goes badly and inflation is to remain at 2%, draconian measures may prevail.

What then for the housing market? In some ways the biggest stimuli to the property market is the SDLT holiday. But if jobs become impacted and food becomes more expensive, late Spring 2021 could be an interesting time if Jan 1st sees a hard Brexit.

Asking agents for their view of Brexit, those I spoke to in London had as differing views on how Brexit would play out as those in the shires and in the North. Bullish sales and lack of inventory to sell certainly seem to be the watchwords, and Brexit well not really on most agents agenda.

Interestingly one agent said we are an island nation so probably we will just keep on going, whilst I admired his spirit, I am not 100% convinced. As Brexit in a way has split the country, hence the closeness of the national vote, but its impact has been magnified by the extraordinary ravages of the pandemic that no-one could have planned for.

The only thing that became clear to me as I cast around asking for opinions on Brexit and what it will or will not do for the marketplace, the more I realised that we have never been here before.

Yes, there has been boom and bust, peaks and troughs, but for decades it was against a European Union background.

Now for better or for worse – the property world will wake up bleary eyed in three weeks’ time to reality of a divorce situation, the terms of which may weigh heavily on the industry. If you have any thoughts either way, please let me know.