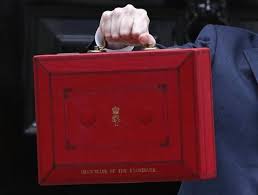 What are we expecting or not expecting in the budget today, the Chancellor has said there will be “no giveaways, no gimmicks”

Alcohol...The Chancellor is expected to either freeze beer duty or announce a 1p or 2p cut on a pint.

Tobacco..Tipped for a 28p cut on a packet of 20 but the Chancellor is also thought likely to announce a tobacco levy.

Income Tax… George Osborne has already announced the amount people can earn before tax  will be increased to £10,600 in April but it is expected he will go further.

Pensions… Additional to measures announced in the Autumn statement re cashing in their pension pot, The Chancellor has indicated he will announce that pensioners will be able to swap their fixed annual incomes ? annuity ? for cash.