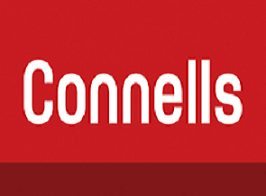 It states: The pace of property valuations conducted in June 2016 has grown on both an annual basis and since May, according to the latest research from Connells Survey and Valuation.

Covering the month of the EU referendum, the total number of valuations carried out in June rose by 4% compared to June 2015, and follows month-on-month growth of almost a quarter (24%) from May 2016.

John Bagshaw, corporate services director of Connells Survey & Valuation, comments: “These figures for June capture Britain’s property market in the run-up to the EU referendum, but also include a glimpse of the final week of last month. So the background here is a collage of both uncertainty and shock. Yet the property landscape appears surprisingly stable – even framed by such drama. This is encouraging.

“Initial solidity from the post-Brexit housing market may not be enough to answer all the new legal and financial questions in light of the vote – or to offset a likely blow to confidence on the near horizon. But this should bring such fears into perspective. Life will go on and the property market will continue to function.” To read more…