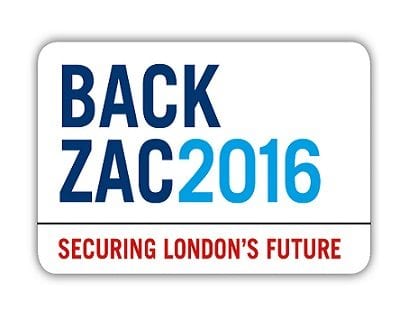 Last week we had a brief look at both the Labour and Libdem candidates for London Mayor, today we take a look at Zac Goldsmith, the Conservative candidate, with the vote taking place in around 50 days Zac is trailing Labour’s Sadiq Khan at the moment in the polls but that could all change as we run up to voting day  June 23rd.

Zac is in favour of a “Brexit” and with the vote for London Mayor being just over a month before the referendum  which will decide Britain’s future in the European Union, his Eurosceptic stance could easily sway the vote in his favour.

His priorties for London are more homes, better transport, cleaner air and safer streets.  Zac mentions on his website that: There are too many young adults still living in their childhood bedrooms trapped by London’s escalating house prices. Families spending more time commuting than they do with each other. Too many lives brought short by pollution in our air.

He was reported as saying earlier this year: “If I’m Mayor, I will set a simple rule that any homes built on mayoral land – as many as 30,000 – will only be sold to Londoners – people who have lived or worked in London for at least three years and don’t already own a home”