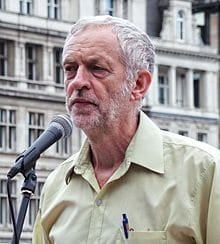 The result of the labour leader contest was announced on saturday, against all the odds we saw the selection of Jeremy Corbyn, most commentators and many inside his party are dubious as to whether the right person was selected. This major swing to the left has suprised many, how will it affect those moderates in the Labour party who have just recovered from 5 years of Milliband?  more importantly to those in the property industry  what really are his policies when it comes to housing?

Corbyn made the property market and rising rents central to his election campaign in an effort to connect with people, it seems highly likely he will push for rental controls in the private buy to let market, in fact his  policy on social housing has attracted much support.

Over the last 30 years the social housing sector has been decimated, this has forced more and more people into the private rented sector, this demand has been a factor in pushing house prices higher and higher  as houses are scooped up to supply the buy-to-let sector, first time buyers have been the biggest losers in what can only be called a viscious circle.

At this moment in time any threats from a left leaning labour party will be seen as only timid and will be generally ignored by the property industry, the Tory party will see his election as probably another nail in the coffin of the Labour party and that the euphoria around his election win will die away in the coming weeks, as did that of the SNP who may have a majority up in Scotland but still do not have the voice they wanted in Westminister.