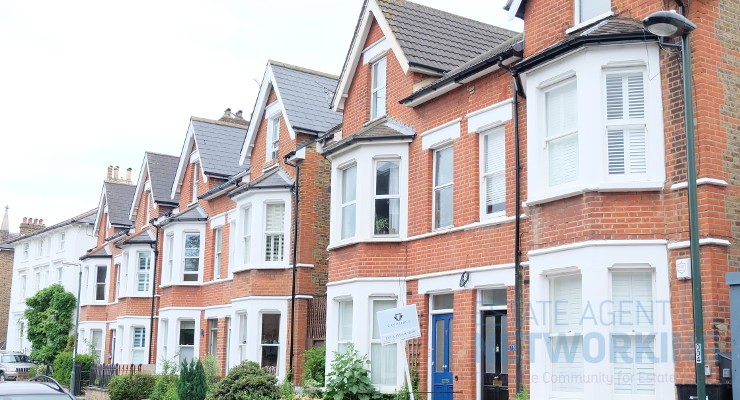 With more than 192,000 people infected, the United Kingdom is the fourth most affected region on a global scale by the coronavirus pandemic. The government had implemented mitigation measures in late March and as a result, economic consequences, including on the real estate sector, are heavily felt during the first two quarters of 2020.

The commercial property sector is one of the worst-hit by the outbreak, given retailers had closed for an indefinite period and shoppers remain locked down at home for the near term. Given the country had implemented restrictive measures later as compared to other Western European countries, new daily confirmed cases continue to remain elevated. Real estate investors will be in a tough position to find new opportunities in the next months, which is why they should reconsider strategies and take in mind safety steps.

It’s the first economic downturn since the 2008 financial crisis and the real estate market as a whole is at the top of a bull run. That means there’s little growth potential in developed cities, forcing investors to move to small neighborhoods where infrastructure projects are pending. Even though returns and profit margins will be lower in 2020 and probably in 2021, it’s in these places investors will manage to find good value.

“From a long-term perspective, only by investing in less-developed areas, they can find opportunities that can grow in value. The fact that analysts consider London and other major UK cities in a real estate bubble, should be an additional stimulus for real estate investors to move their bets in other areas”, according to Ofir Eyal Bar, a real estate investor with stakes in Western Europe.

Although the main focus is on the COVID-19 pandemic, some investors could be tempted to factor in the Brexit implications. At the beginning of 2020, a 12 months transition period had begun and by December, both the UK and the EU should reach an agreement on future relationships. In case that won’t happen and an extension won’t be granted, the risk on a no-deal Brexit will be back on the table.

An economic downturn generated by the pandemic, doubled by a disorderly Brexit could put further pressure on the real estate market and dampen the already pessimistic expectations. So far, the markets view the negotiation stance as a simple waiting game used by both negotiation sides to gain more leverage and put pressure. More clarity is expected during the summer when a clear answer should be provided.

Since the spread of the virus had blocked negotiations, little progress had been made until May, which means an extension is the most likely scenario right now. UK’s Prime Minister firmly opposes this scenario, but he’s expected to use the coronavirus as an excuse to finally give up and agree with his European counterparts.

Step #3 Adjusting to the new normal

COVID-19 is the first global pandemic since the 1918 Spanish Flu and like with any other disease, humankind’s creativity and ingenuity will eventually find a cure. However, this isn’t the kind of problem that goes away in a matter of months, and epidemiologists, as well as other specialists, claim it could impact our lives for at least 2 years. That’s the time required until a vaccine gets developed and a considerable amount of the population has protection against infections.

With that in mind, hotels, restaurants, shopping malls are about to suffer from a reduced number of customers. That means lower revenues and profit margins, which means investors should avoid these sectors. Going back to an economic condition like the one we had at the end of 2019 will take some time and until then, real estate investors will need to adjust to the new normal. Although some sectors of the economy had been damaged, others have flourished and that’s where investments should flow.

Uncertainty is on the rise, which means predicting accurately how a particular real estate market will perform becomes increasingly difficult. That’s why experienced investors avoid putting all eggs in one basket and instead build a diversified portfolio. There are endless options, depending on interests and risk profile. New physical houses, REITs, and other real estate assets could be part of one’s portfolio.

Navigating the economic downturn should have a clear goal of protecting capital, instead of following above-market returns. Investors must not forget that it’s in this period the real estate market becomes more illiquid and their ability to sell stakes will diminish in case things won’t perform as expected. The UK economy should soon start to re-open and as long as infections won’t spike again, a gradual bounce-back will unwind.