Ex-Footballer joins the Team at Homes under the Hammer 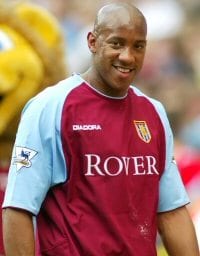 Dion Dublin will be joining the other  presenters Martin Roberts and Lucy Alexander  at BBC’s Homes under the Hammer for their 19th series. Dion who has a long held interest in property started his football career with Norwich City, then onto Cambridge United,  he was signed in a £1million deal with Manchester United, following on at Coventry and Aston Villa until his retirement in 2008

Dublin is not a total newcomer to TV and Radio, he has appeared in various programs already since hanging up his boots, Jo Street, Acting Controller of BBC Daytime is quoted as saying: ‘I am thrilled that Dion Dublin is joining the Homes Under The Hammer line-up. He shares Martin and Lucy’s passion for properties and people and his warm personality make him the perfect addition to the family.’