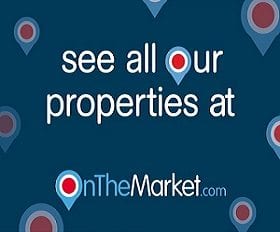 OnTheMarket plc, the agent­-backed company which operates the OnTheMarket.com property portal, is pleased to announce that Kings Group, a 15 branch estate and lettings agency firm, is now listing its properties at OnTheMarket.com.

Karl Knipe, Partner at Kings Group, said: “We are very happy to support OnTheMarket as the only agent-backed portal. The success of a third portal that is agent-backed can only be good for the industry and thereby act as a check and balance to rising portal costs.

“OnTheMarket’s proposition is a strong one. Agents have the chance to be part of this and will therefore want to make it work which will drive further competition into the marketplace.

“Some customers have already told us they are happy to see Kings Group is now listing at OnTheMarket.com and I think we have gained some extra instructions because of this. It’s an excellent search website.”

Ian Springett, Chief Executive Officer of OnTheMarket, said: “Kings Group is the latest large firm to join OnTheMarket. It follows Arun, Chancellors and Hunters, all of which are now listing their properties on the portal.

“By increasing our offering within the areas of North London, East London, Hertfordshire and Essex, we look forward to helping more and more property-seekers to find their next home.”

On 4 April, OnTheMarket announced that traffic to the OnTheMarket property portal reached c. 12 million visits* during March 2018, the first full month since Admission to AIM. This is more than double the visits compared with February 2018 and compared with March 2017.

* Visits comprise individual sessions on OnTheMarket.com’s web based portal or mobile applications by users for the period indicated as measured by Google Analytics.