Folly over Brexit decision brings amount of buyers, sellers and prices down 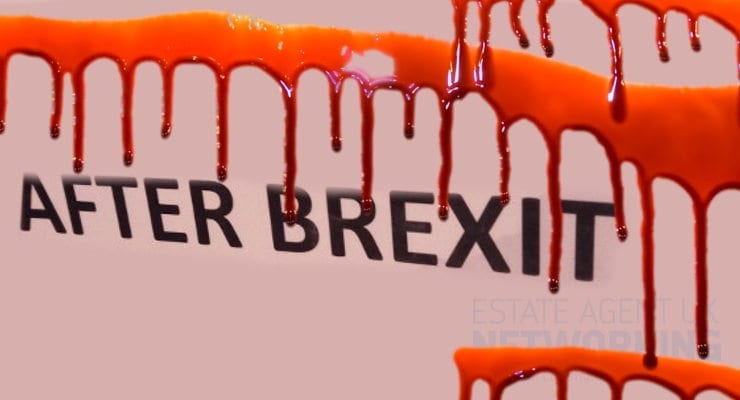 Theresa May could not make the country look any weaker or foolish with her certainly doing her very best to bring about the slow clapping and jeering from across the EU waters as she stumbles (or break dances) in front of the army of EU elitists.

With this globally seen act of undemocracy from her and now from a majority of the MP’s behind her, England will certainly continue to see a decline in respect, trust, optimism and purpose which will of course reverberate out to the UK housing market. Maybe the likes of the Hollywood style market such as international investment or other super high level money transactions will almost certainly continue, the main infrastructure is already seeing a slowdown and in most cases a reduction. Maybe the likes of Manchester is still in boom mode, but we all know that the ripple effect always comes in to play with what is happening from the greater London area soon to be shared with the rest of the UK.

Brexit is now being seen as the main reason for the halt in escalating prices where even the likes of good old Dagenham which would have been the butt of many jokes re being the real east end Ford factory working drive force of London is seeing ex 2 bedroom council houses pushing past £300,000 as investors (not genuine home owners) fight over housing illegal immigration welcomed in by the current government and then continuously defying the rules and regs of UK property rental.

‘weakest UK housing market figures for six years‘ is the headline of the Daily Mail online blaming Brexit and the slowdown of interest in UK property.

Maybe it was always going to be time that the over inflated property prices were to be hit and tumble as our younger generation’s misery continues seeing that home they are dreaming of endlessly shoot ahead of their budget.

Brexit is a mess, but with the likes of the ‘yellow jacket’ movement initiated in France and spreading across Europe and many other countries opting for their own version of ‘Brexit’, we are certainly in for a big uprising of displeasure from the silent majority very soon as the only hope the rid the nation of Theresa May currently is the joke of Jeremy Corbyn as UKIP continues its erratic evolution as their nearest challenger.