Gerry Fitzjohn appointed Board Chairman of The Property Ombudsman. 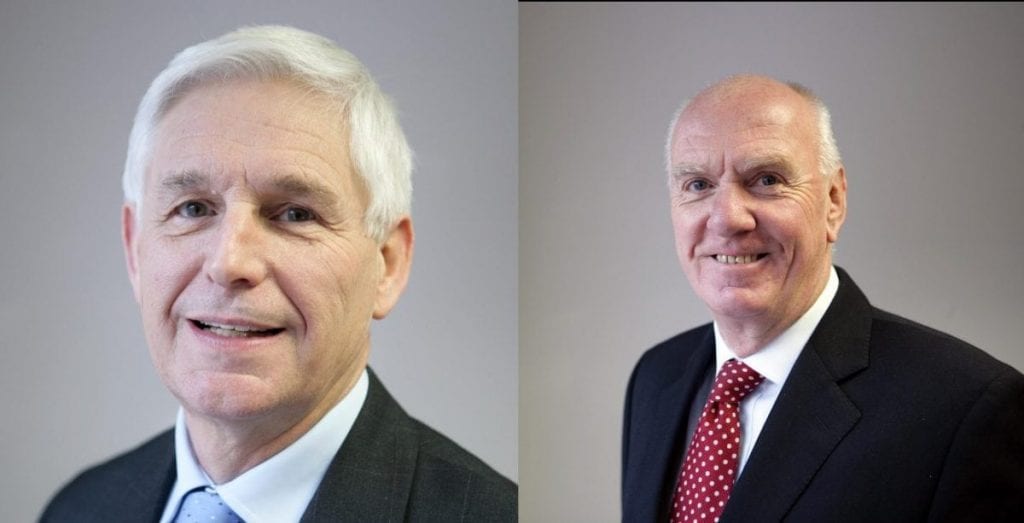 After thirteen successful years with The Property Ombudsman (TPO), twelve years as Board Chairman of TPO, Bill McClintock will be officially standing down on 1st January 2016, and Gerry Fitzjohn, currently Vice Chairman of the Board, has been appointed to take up the position.

Bill, who has over 50 years experience in estate agency, joined TPO as Chief Operating Officer in January 2003. He was appointed Board Chairman in January 2004, where his role was to manage the business of the Company, raise sufficient funds from member agents to administer the scheme, recruit new members and represent the member agents.

Bill McClintock says: “When I joined, there were 769 firms with 4,251 offices registered with TPO. Figures now sit at around 14,400 sales offices and 13,500 lettings offices, so there has been a significant change during my time and the scheme has grown tremendously. One of my main achievements was encouraging the government to enact the Consumers, Estate Agents and Redress Act 2007, which required all estate agents to register with an Ombudsman Scheme and to get the TPO Scheme approved by the Office of Fair Trading, both of which were considerable developments within the industry.”

Bill will continue as a Director of The Guild of Professional Estate Agents and Fine & Country, as well as continuing with interests outside work including his role as Church Warden at St John’s, Lockerley, which he has now carried out for 24 years.

Bill continues: “I have really enjoyed my time with TPO and shall miss meeting so many connected to the industry. I hope to have made a difference in some way, but now I’m looking forward to taking some time out. I would like to wish my successor and friend Gerry Fitzjohn every success going forward.”

Gerry Fitzjohn began serving on the TPO Board in 2000 during his impressive career in the estate agency business, starting from a Sales Negotiator for Taylors Estate Agents in Stony Stratford in 1974 to Director of Countrywide Assured PLC and Countrywide PLC where he was National Sales Director until 2010. Part of his role here included being responsible for acquiring estate agents throughout the UK. In 2004, Gerry and his team brought the Countrywide branch total to over 1,100 and increased the number of financial consultants to approximately 750.

Gerry was appointed Vice Chairman of the TPO Board in November 2010 and he also became the Board representative on the TPO Disciplinary and Standards Committee.

Gerry Fitzjohn says: “I’m honoured and thrilled to be appointed Board Chairman of The Property Ombudsman. I look forward to building on Bill McClintock’s achievements and am determined to promote the scheme to the maximum and further improve the image of sales and letting agents throughout the UK as well as the standards in our industry.”

Currently a member of the Board and Group Managing Director of Martin and Co, Michael Stoop has been appointed as the new Non Executive Vice Chairman.