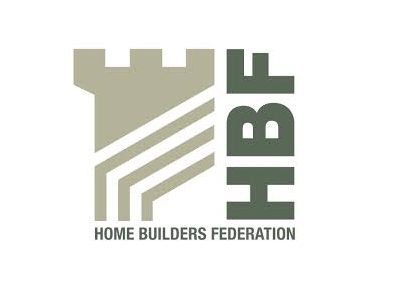 “As has been proved time and time again, house builders do not landbank in terms of delaying start on site once they have an ‘implementable’ planning permission . The vast majority of the 475,647 homes quoted by the LGA are either on sites where work has already started, or where there is not a fully  ‘implementable’ permission and where it is not legal for builders to commence construction.

“Speeding up the rate at which permissions are granted – i.e. the move from ‘granted’ to ‘implementable’- is one of the keys to significant, sustainable increases in house building. Too many sites are stuck in the planning system, with an estimated 150,000 plots awaiting full sign off by local authorities.

“HBF’s most recent survey, based on 2,800 sites, owned by 23 of the largest house builders, and covering 220,000 plots, found only 4% of plots were on viable sites, with an implementable permission, awaiting construction start on site.

“Contrary to frequent assertion, it is not in the financial interest of a house builders to sit on permissioned, paid-for land as doing so would have a detrimental impact on the company’s finances by diluting the return on capital, a key City measure of financial success.

“The industry increased house building by 22% in the last financial year, and it has boosted housing numbers by 33% since the trough in 2010-11. The data do not suggest output is being held back by landbanking.

“But we need to increase output further which, among other things, means it is vital that planning departments are sufficiently resourced, and that applications are processed efficiently, so that work can begin on new sites more quickly.  The LGA would be better served working with the industry to find ways to speed up the flow of implementable planning permissions so we can deliver desperately needed new homes, instead of repeatedly publishing misleading data.

“The Government’s recent emphasis on requiring all local authorities to have a Local Plan in place by early 2017, and on then delivering on their housing targets, along with further reforms to speed up the end-to-end planning application process, should help address some of the entrenched issues and help house builders to get on more sites more quickly and build new homes more quickly.”

To read in full on the HBF site click here.