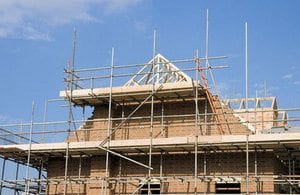 Some of the biggest names in UK housebuilding took a hit Monday on the stockmarket as Labour’s plans to impose tighter rules on landlords emerged.

This drop in housebuilding stocks comes as no surprise, we already have the Labour party threatening a Mansion Tax and the abolishion of Non Dom Staus, now rent caps and what it appears a witch hunt on private landlords. The signals being sent out by Ed Miliband are that of someone who would appear to be in a total state of panic, we are getting policy after policy being promised  but there does not appear to be any rhyme or reason to them.

The private rental sector is ever growing as people increasingly are forced out from owning their own home due to affordability, home ownership has fallen to its lowest level for 30 years, more controls on the private rental market will only add to reducing the availability of rented accomodation.