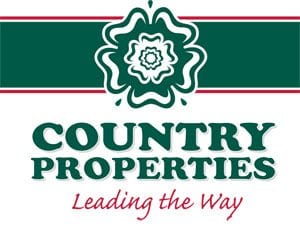 The sales and Lettings agents  Country Properties founded in Hitchen in 1974 has been acquired by Hunters the estate agents who already have 157 branches across the country and abroad.

Country Properties  who have branches across, Herts, Beds and Cambs have grown their operation to 23 branches, under Managing Director, Ian Wilson . The business expanded on the model of a franchise operation, in fact  was the first estate agency network to be recognised by the British Franchise Association in 1984.

Ian has been reported as saying, “We echo the strong sentiments and driving forces behind Hunters and are pleased to be part of such a dynamic and expanding network. “There is great synergy between the two businesses; the move will add value to our customers, help our franchise partners to grow revenue and potentially create further opportunities for growth in the area, which is great news.

Glynis Frew, managing director of Hunters, reportedly said: “We are delighted to add such a reputable and well-established group of branches to the Hunters network.“The two companies share the same set of values and are united in our commitment to the franchise model that we feel produces higher levels of customer service and return.”