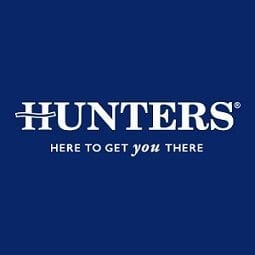 On the operational front Hunters opened 17 new branches, expanding the branch network to 180. They  acquired two further lettings books in the Manchester area and integrated those into their owned offices, growing lettings income across the network by 18%.

To read the Regulatory news release in full including, Financial and Operational Highlights and the Trading update click here

Glynis Frew, Managing Director of Hunters Property Plc, commented: “We have delivered strong results in the six months to June 2016 bolstered by growth in the franchise network and we are encouraged by the robust pipeline of future franchisees interested in joining the network.

“The EU referendum has reduced some activity levels in the market, particularly in London and the South East. However in the wider UK market, which mirrors our national structure, activity is more encouraging and there has been less or little evidence of a downturn. Branch performance has improved on average and in lettings in particular.

“The first half included a full contribution from Country Properties. The second half of 2016 has started strongly. We are delighted that our lenders, HSBC, see the exciting potential and growth in our business and have made a new line of credit available to the Group to deliver on its growth strategy and we are confident of our growth prospects and meeting our expectations for the full year.

The work and support that has been displayed by the staff and the franchise network is a credit to the Group.  I offer, on behalf of the Board, our thanks and gratitude to everyone that has been involved.”