Increase in demand for office space. 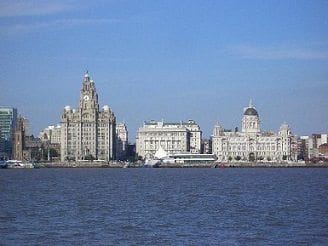 According to a new report out, Liverpool city centre has seen an increase in demand for all grades of office accommodation, Manchester registered the highest average of all nine cities outside of London that featured in the study.

Ian Steele, director at Bilfinger GVA Liverpool, reportedly says: “It is clear that there has been an increase in demand for office space in Liverpool city centre which is in line with the economic upturn.

“However, one of the biggest challenges is the shortage of Grade A stock in Liverpool with less than one year’s supply and the lack of new developments in the pipeline means that occupiers will potentially have limited options for relocation and expansion.

“In Q4 we saw increased demand for all grades of accommodation. Hopefully this will drive further investment in the region and people will continue to want to bring their businesses to this thriving city.”

Chris Cheap, Senior Director and Head of Offices at Bilfinger GVA in the North West, reportedly says: “Supply of prime space remains extremely tight across the nine cities with an average just short of a years’ availability based on past take-up rates.

“This is none more so apparent than in central Manchester where there is just six months’ supply of built and available prime stock and while there is a healthy development pipeline, occupiers with short time horizons really need to be taking action.”