It is a Cliff 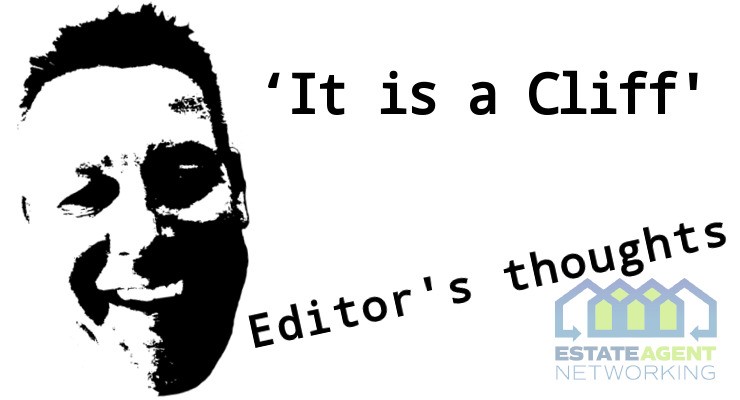 A fortnight before Christmas and there are more cliff-hangers than reindeers on Santa’s sledge, let us go through the seasonal pre-Xmas list.

Countrywide PLC – a tug of love between Connells, a proven model of profitability and other factions that ‘have a plan’ but have not had their mettle tested. In truth needing the backing of 75% of the shareholders, this sideshow is likely to run well into 2021.

Brexit … yes, this is also by definition a cliff-hanger, as a likely fudge in injury time is the typical outcome the British public expect, will Boris disappoint?

Portal watch, will Boomin dominate in 2021, does Rightmove feel the hot breathe of ZPG who has increased their market share of new branches, during the pandemic season, or will out of the ranks of the property portal/platform insurgents – a new saviour for the industry gain traction?

Will ‘The Property Franchise Group’ take ownership of Hunters, and if so, who will it most benefit?

As Covid-19 hit Airbnb took a beating, now it is has announced a 30BN valuation ahead of its imminent IPO, do the money men have it right or could lack of freedom to move around the globe/country affect its forward trading model?

The SDLT holiday, will it end in March, or will the band play on and Rishi will extend the good times being enjoyed by those who actually have some inventory to sell?

New CEO Tim Balcon, what shape will he fashion Propertymark into, and will the government become more of a regulating hand than ever before?

How will the government, courts and the PRS sector deal with the backlog of tenancy disputes?

The recent unfortunate redundancies at RICS, is this a sign of the times with digital replacing some of the human element or is it a more fundamental re-structuring?

What master plan has the new CEO Jason Tebb of On the Market got up his sleeve?

But perhaps the biggest cliff hanger is when or if the housing market will run out of steam, judging by the sold boards in my local village and the lack of inventory coming to market – there seems little sign of this at present.