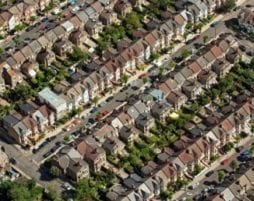 The RICS main house price index for April held at +22, unchanged from March, their measure of how prices are likely to perform in the next three months dropped to +4 from +11.

The results show that new instructions continue to drop, the RICS said enquiries from new buyers fell noticeably for the first time since just after the referendum. Uncertainty due to the calling of an early election and the ramifications of stamp duty changes were seen as factors hampering activity.

Simon Rubinsohn, RICS Chief Economist said: “Although the picture clearly does vary across the country, the bulk of the feedback we are receiving points to a fairly flat summer for both activity and prices. Lack of stock on the market remains a key challenge for the sector with recent and forthcoming tax changes having a material impact on transaction levels, particularly at higher price points. Uncertainty relating to the forthcoming general election is also highlighted by some respondents as a reason for inertia.

“It is noticeable that the amount of new rental instructions coming through to agents is continuing to edge lower, which is not altogether surprising given the changing landscape for buy-to-let investors. One consequence of this is that rents are expected to continue rising not just in the near term but also further out and at a faster pace than house prices”.