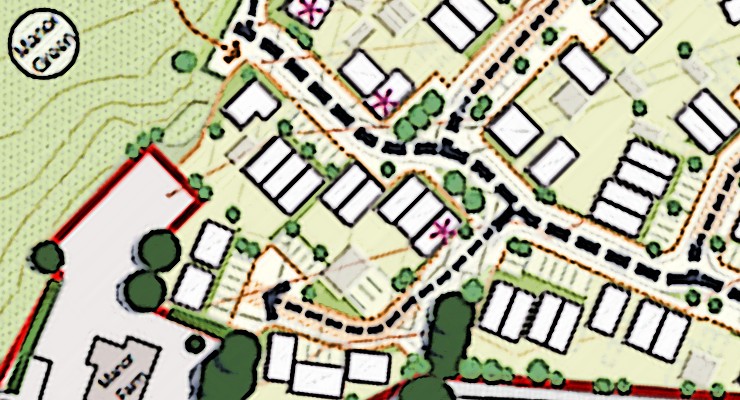 Recent news from the government states that the planning application process will be simplified, sped up and also more on the side of the applicant. So the recent news that a housing project was rejected due to the village community power will be surprising to many, though of course let us see the facts so we can make our decision to see if it was a fair campaign to oust it.

A 60 home development, revised already down from 80, added to the many other projects for planning that the of Templecombe has recently seen:

“The village has seen a number of large developments approved in the last two years – including 70 homes on Slades Hill (near the Thales base) and 49 homes on West Street, which was approved in June after being previously turned down twice.” Full story first released on somersetlive.co.uk

From reading the story it felt that the local community felt it was time to refuse the increasing amount of local new build estates in favour of protecting their rural character and that the proposal of Gleeson Strategic Land Ltd’s application to build 80 homes on the Manor Farm estate was one application too far.

Planning officer David Kenyon was quoted as saying: “… there are other parts of the site, particularly on the eastern and southern outer slopes, where residential development is indicated on the master plan and which we consider would cause an unacceptable level of harm to the rural character of that part of the site and the wider landscape.

Development in these areas would also cause an unacceptable level of harm to the visual amenity of those adjacent to the site as well as those in the wider landscape.”