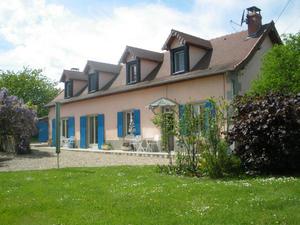 Maybe better times can be expected by agents dealing in overseas property especially in Europe where the Euro has depreciated  enormously over the last couple of years, that combined with much lower prices than those reached at the height of the boom years makes property prices extremely attractive.

Spain still appears to be the leading country of choice for Brits looking to buy abroad, closely follwed by France and then Portugal. Prices in some of the most desirable areas of Spain have fallen by up to 50% since 2007, according to an online report from the research department of La Caixa, one of Spain’s biggest banks stated, “there will be no more big falls in house prices over the coming months and Spanish property is as cheap as it gets”.

France offers an amazing lifestyle for those looking for peace and quiet in their retirement, rural property prices are at all time lows, Christiane agent commercial with Devin Immobilier in Burgundy says, “enquiries from Brits have increased this year in comparison to last year and we have seen more  coming into our agency in the last couple of months, our own domestic market is still slow which gives overseas buyers an edge when trying to negotiate further, now is definately a good time to buy.

The biggest negative at the moment for anyone looking at Europe as a destination to buy is the terrible situation at Dover with various disruptions taking place to those travelling by car and using the tunnel or ferry, both governments either side of the channel need to get a better grip on the situation and Europe needs to play its part by way of their parliament in helping to resolve issues surrounding the immigrant problem at Calais.