Response by the NHF 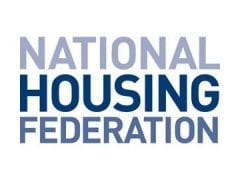 In a press release by the The National Housing Federation they responded to an announcement in The Times over the weekend to housing commitments from Prime Minister David Cameron and Chancellor George Osborne.

Prime Minister David Cameron outlined plans on Saturday to accelerate house-building over the next five years and raise the inheritance tax threshold on family homes to the psychologically important one million pound mark.

The plans include steps to build discounted homes for first time buyers, unlock public land for new homes and back small builders with planning changes.

The Chief Executive of the National Housing Federation David Orr said “With Britain in the midst of a housing crisis, we welcome government measures to increase the supply of new homes. We have argued for a long time that public land should be put to good use to build housing, that red tape should be slashed and the planning process sped up. Housing associations are keen to be key partners in building these new homes alongside affordable homes for rent.

“We share the government’s ambitions to help people into home ownership, but extending Right to Buy must not undermine housing associations’ ability to build more homes. We want to sit down with government and discuss ways to give far more people, including existing tenants and new buyers, the opportunity to own their own home.”