Recovery in housing market in Europe. 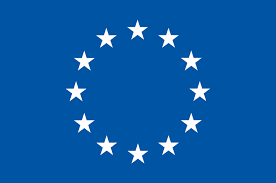 Spain, Portugal and Ireland seem to be  leading the recovery in the European Property market according to a recent report from the RICS (Europe) that explored the recent improvment in conditions and new trends for this market for 2016 and beyond.

Attention by International Investors on the back of the relatively strong recovery in all three of these countries is in turn fuelling a revival in their domestic property markets.

In both the Spanish and Portuguese residential sector the housing market has staged a turn around in activity after four years in which the market experienced a very difficult time indeed. According to the RICS/Ci Portuguese housing survey, sales and prices will continue to rise at a steady pace over the medium term, in Spain the official price index reportedly  shows that prices have started to recover modestly over the last twelve months.

The Irish property market has seen the most improvement of the three where house prices have reportedly increased by one third over the last couple of years, however according to the report the annual rate of house price inflation has eased during the last two quarters and is currently running at 9% and is expected to decline.