Signs your pipes are starting to freeze 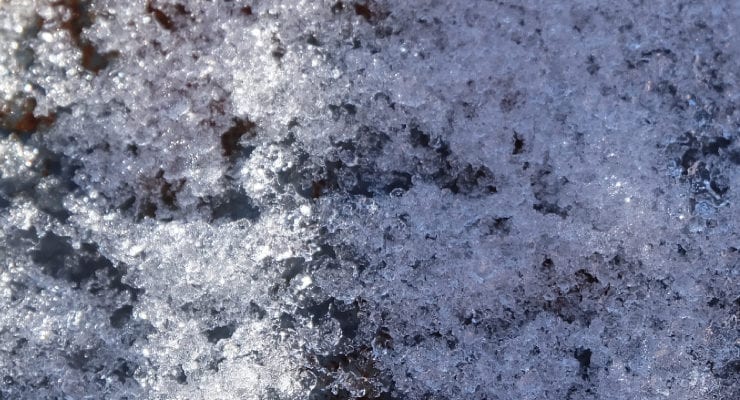 The arrival of winter and colder temperatures brings with it a number of issues that can affect your property or home. One of these are frozen pipes, which can create havoc with the plumbing. Lack of running water is one thing, but a frozen pipe can also burst which can lead to flooding and other potential dangers. We go into more detail below to highlight the key signs that the pipes are starting to freeze over.

What types of pipe are more likely to freeze over?

Low temperatures during the winter will make some piping more susceptible to freezing over than others. These include:

Even though renovated attics and basements will feature some insulation, spaces that are not used for living purposes will not feature any heating and the lower temperatures make piping more vulnerable.

Any piping that is exposed to the outside elements has a greater chance of freezing over. These tend to be water pipes linked to the drainage system in the house. With only small amounts of insulation, these pipes find it more difficult to fend off ice during the winter.

Any properties that are positioned in locations that regularly experience cold, harsh weather conditions are more likely to experience frozen pipes. Zero degrees Celsius tends to be the tipping point, although only if the pipes are exposed to these types of temperatures on a frequent basis.

Five signs your pipes are starting to freeze over

Naturally, when you turn on the tap you expect running water to come out. If water is only coming out from the tap occasionally, this could be a sign that your pipes are starting to freeze. It may also be the case if water is coming out of the tap, but only in an uneven stream, or at a much slower rate.

Another common issue linked to freezing pipes is the emission of discoloured or strange smelling water. The same also applies to the toilet and sink drainage. If water is not draining quickly, or the toilet is consistently taking time to flush, there is a good chance the external pipes could be frozen.

Strange smelling water is one sign of frozen pipes, but the emission of an unpleasant odour from the sink or toilet could mean the pipes are freezing, or maybe even broken. On most occasions, a smell is most likely to emit from toilets or bathroom areas that are located on the ground floor of the property.

When water drains from the sink, or after flushing the toilet, the sound of any loud banging or whistling is a strong sign your pipes are starting to freeze over. A damaged pipe often makes it difficult for water to pass through at its normal rate, steadily increasing water pressure which then creates strange noises. If this is not attended to quickly the problem can worsen, leading to a burst pipe and costly repairs.

Pipes can only freeze over when the temperature outside is low enough to affect the material. During the winter season, if the temperature falls to zero degrees Celsius or lower, this is when the weather can pose a threat to the pipes.

When you turn on the cold tap and the water feels icy this isn’t always a sign your pipes are freezing over. Low temperatures will naturally affect the water temperature and it will generally be a bit colder. However, if water coming from the hot water tap does not have sufficient heat, there is possibility there is an issue with the piping.

If you have access to any exposed pipes in your property, you may be able to see if frost or condensation has started to develop. A good place to check is the open piping found under the sink. Another warning sign are pipes that have started to bulge in size due to increased water pressure. Even if you are not experiencing any of the issues above, this sign alone should be enough to highlight a larger problem.

While the idea of a frozen pipe may not appear to be dangerous, the reality is quite different. There are two main reasons for this:

When a water pipe freezes there will be a build-up of water pressure between the blockage and the closed tap. If left unattended, the frozen pipe could burst, which could lead to costly repairs and potentially hazardous conditions.

We expect water to be available in our homes at all times. However, a frozen pipe will restrict or prevent running water, which will create a wide range of problems that will affect everyday life, from taking a shower to keeping cutlery clean.

How can I thaw a frozen pipe?

The methods used to thaw a frozen pipe will depend on where it is positioned in the property. Using one of the options from the list below should help alleviate the problem.

Behind a wall or ceiling

Turning up the house heating may help to de-ice the pipe. Another suggestion is to use an infrared lamp to heat the section of the wall or ceiling in front of the pipe. This will add heated energy to the surface and the pipe behind it. A more extreme step is to cut out a section of the ceiling or wall to gain direct access to the frozen pipe. It can then be thawed using our suggestions below.

Place a baking tray behind the pipe before blowing a hair drying onto the frozen area. This will increase the heat radiation affecting the surface area. It is a recommended method that is both safe and easy to do. Alternatively, use an infrared heat lamp with the baking tray fixed behind the pipe, or a portable heater to warm the area so it can start de-icing.

Author – Emergency drain unblocking company Quick Clear Drainage are based in London and operate around Hertfordshire, Essex, Berkshire, Kent and Surrey. They have an intermate knowledge of pipe work and use CCTV drain survey equipment to diagnose problems in any situation.