Tens of thousands of sellers are coming to market in the southern commuter belt inspired by the stamp duty holiday, according to new data from the UK’s biggest property website Rightmove.

Commuter towns in the south east of England have seen the biggest annual rise in new listings since Chancellor Rishi Sunak announced the new tax holiday on 8th July.

The top five areas, all in the southern commuter belt, have seen the number of new properties coming to market double compared with the same six-week period in 2019.

Harlow in Essex is where new sellers have been most tempted to come to market, with the number of new listings up 121% compared to the same time last year.

Increased demand in these towns, measured by people phoning and emailing estate agents, is also massively outstripping the growth of available stock, as fast-paced local markets are creating a rapid turnover of properties for sale.

Demand has increased by at least 50% year-on-year in each of the top ten locations, but available stock for sale is not matching this demand, meaning there is still an imbalance despite the new stock coming on.

Nationally, demand has risen by 61% compared to the same period last year, while the top performing regions are the South East (up 74%), and East of England (up 72%). Across all regions the percentage growth in demand is outstripping the growth in new supply.

Almost 94,000 new listings were brought to market across London, the South East and East of England between 8th July and 16th August, which is over 31,000 more than the same period in 2019.

This latest data follows a Rightmove study from July which revealed that homes priced between £400,000 and £500,000 in the southern commuter belt have an increased chance of selling as this is where buyers are set to make the biggest savings thanks to the stamp duty holiday.

Rightmove’s property expert Miles Shipside said: “We always knew that the stamp duty holiday was going to be a big incentive for people to get moving this year, and it’s certainly sparked a home-moving frenzy across commuter towns in the south of England. Thousands of sellers are being tempted to come to market in these areas for a number of reasons. Firstly, lots of  buyers stand to make pretty sizeable savings thanks to the stamp duty holiday – particularly in the southern commuter belt – so now seems as good a time as any to press ahead with home-moving plans. We’re also seeing a growing trend of people looking to move out of urban areas and into smaller towns, with homeowners in built-up areas reassessing their housing needs and looking for places with more outside space. Lastly, proximity to a station doesn’t seem to be as important as it once was, meaning sellers in these commuter towns are looking to move a little further afield as working from home becomes a more permanent way of life.”

Jake Latch, sales negotiator at Reyland Johnson Estate Agents in Harlow, said: “The stamp duty holiday has been absolutely massive for the Harlow market and we’ve been ridiculously busy over the past few weeks. We’ve been rushed off our feet since the market reopened but I don’t think we ever expected to be this busy. It’s given people the incentive to take the plunge and move home, and for many people it’s a bit of a no-brainer given the potential savings they can make. Harlow is a gateway town; it’s a typical commuter town and with lots of people not having to commute into London anymore, people are taking advantage of a buoyant market to make their next move. Our available stock is really mixed too, so not everyone is moving completely out of Harlow. It’s one of those places where you’ll always be able to trade up and find something nicer. The main thing we’ve seen is that people who were on the fence about moving before the stamp duty holiday have sat up and decided that this is their right time to move.”

Glynis Frew, CEO of Hunters, added: “South east commuter towns have always been popular due to their proximity to the capital; however years of price growth mean they have been slightly out of reach for many people. The stamp duty holiday has helped to offset this so it’s little surprise to see the markets hotting up as buyer budgets can go slightly further. These towns are typically within a 90-minute commute of London and are even more attractive now with the rise of flexible working with people only needing to go into the office a few times a week. As a result, sellers here will now be looking to capitalise on the increased demand that allows them to make their onward move.” 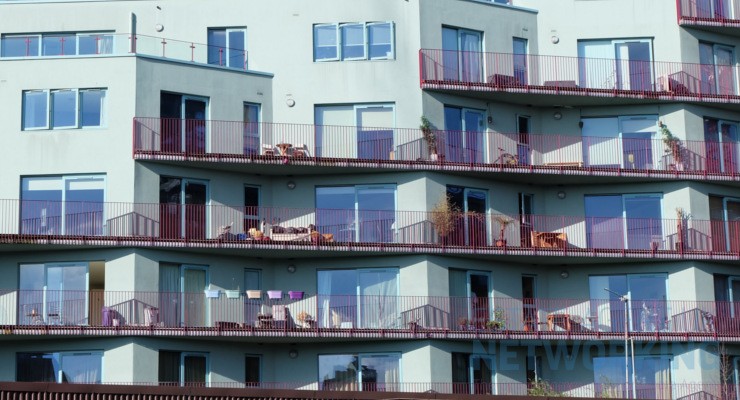