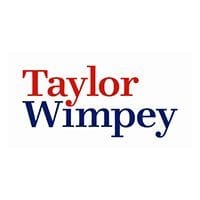 Along with Rightmove who we had as a “Breaking News” item yesterday another major property industry company posted their half yearly results on wednesday,  showing a strong 2015 first half performance with pre-tax profits up 33%.

Chief Executive Pete Redfern, commented,”We have used the opportunity of a stable and positive housing market to make significant progress towards our medium term financial and quality objectives. We are confident of achieving the three year financial targets that we established in 2014, and continue to invest in recruiting and developing our people and enhancing the quality of our homes.In line with our strategy, we have proposed a cash return of £300 million to be paid in July 2016, which takes our total cash returns to shareholders since we started the programme in 2014 to £600 million.”

The company is well placed to deliver further sustainable growth in returns and completions during 2015 and beyond: Landbank strong at 77k plots, with over 50% sourced from the strategic land pipeline, acquired 3,620 high-quality plots in the UK short term land market, converted 5,666 plots from the strategic pipeline