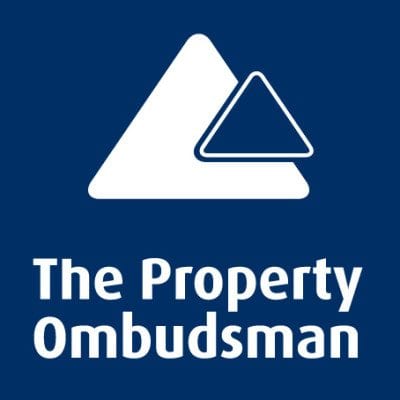 Allen & Crane Estates, a sales and lettings agent based in Burnham near Slough, has been expelled from membership of The Property Ombudsman (TPO) for a minimum of two years after failing to comply with numerous elements of the Code of Practice for Residential Letting Agents and subsequently failing to pay an Ombudsman’s award made of £1,600 to the complainants.

The decision to exclude Allen & Crane Estates from TPO membership arose following a complaint from landlords who raised a number of concerns connected with the performance of the agent when they let a property through the agent.

All of the complaints made by the landlords were upheld to varying degrees by the Ombudsman, Christopher Hamer. The agent allowed tenants to take occupation of the property without the landlords’ knowledge and without evidence of reference checks having been carried out, making them in breach of paragraphs 7b and 7g of the TPO Code of Practice. There was also a delay in providing the landlords with a copy of the tenancy agreement. Other issues included the agent’s failure to obtain any security deposit or a valid guarantor agreement, failure to provide regular and clear statements of account following rent being paid in irregular instalments and finally their inability to demonstrate that they had inspected the property regularly or upon check-out. The complainant also complained that Allen & Crane Estates were difficult to communicate with

Following the investigation, the Ombudsman awarded the complainants a total of £1,600 in compensation. Allen & Crane Estates have still not paid the award.

Christopher Hamer commented “My role as Property Ombudsman is to impartially review complaints made by members of the public against agents based on the evidence that is submitted to me. I aim to promote a resolution in full and final settlement of a complaint, and will determine appropriate redress where I am satisfied that the actions of an agent have disadvantaged a complainant. In examining the issues involved, I take into account the relevant parts of the TPO Code of Practice and the obligations contained therein. The shortcomings in the service provided by Allen & Crane Estates that I identified, particularly with regards to the lack of referencing and security deposits, are serious, and are matters which have significantly disadvantaged the complainants. I therefore supported the complaints that have been made.”

The Disciplinary and Standards Committee (DSC) of TPO considered that Allen & Crane’s failure to comply with the Code and to pay the award were serious and flagrant breaches of the Code of Practice and decided Allen & Crane should be excluded from TPO for a minimum of two years.

Allen & Crane Estates had been a member of TPO since May 2007, but withdrew whilst this complaint was being considered. They instead joined the Property Redress Scheme who were unaware of the disciplinary action against this agent, but have since suspended membership and this will not be reinstated until the award has been settled.

Christopher Hamer commented: “Agents cannot avoid paying awards if they jump from one scheme to another. Under the guidance of the Department for Communities and Local Government the three approved redress schemes will not accept into membership any agent that does not meet its obligations to another scheme. Allen & Crane’s membership with PRS has now been suspended and will not be reinstated until they receive confirmation from TPO that the award has been paid in full and the issue has been resolved.”