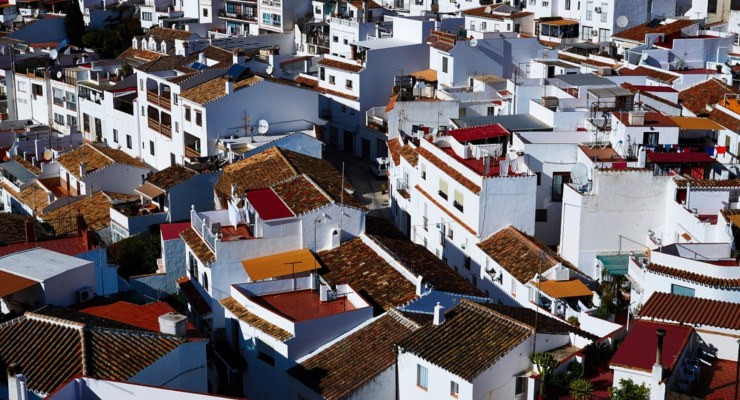 Brexit does not seem to have derailed British citizens form buying in Spain; far from it, many have bought forward plans to eventually purchase a Spanish property forward, as they still have EU rights while the UK remains a member state. As an agency with many years’ experience selling to British, French, and German clients in the beautiful Costa Blanca resort of Javea, we hope the rush to buy before Brexit hasn’t led to too many buyers making these common, but rarely discussed oversights when buying their first property in Spain.

Let’s look at a common scenario. A couple take early retirement in their mid-50s and decide to retire to the Spanish coastal resort where they have taken their holidays frequently during the last two decades. They are very much looking forward to visits from their daughter and two grandchildren and set their sights on the perfect property for family holidays. They opt for a villa on one of the organisations which is just 15 minutes’ drive from the resort centre and around 20 minutes from the beach by car.

It’s a perfect location for the young children as there is little traffic, the house has a beautiful garden with a small pool, and during the school holidays there are other children holidaying in nearby properties for them to play with.

Many buyers in this age group are attracted to the “urbs” usually located outside popular resorts, as usually it is possible to secure a new home for a considerably lower price than you would have to pay to be in town or near the beach. The town centre property may or may not have a communal pool, but a garden and private pool is extremely hard to find, and in the event it exists, would be way beyond the typical budget.

The problem is the couple are not thinking far enough into the future. Before they know it, the young grandchildren are teenagers who want to be where the action is, close to the beach, shops and discotheques rather than in a house away from the fun with family members who they see as boring geriatrics. The parents and grandparents get fed up of ferrying their kids to and from the beach and evening activities, and the teen’s parents decide it is time to make alternative arrangements for future holidays.

Many urbanisations are not covered by local public transport, and those that are will usually have an infrequent timetable. So even if young grandkids don’t factor into your buying decision, you also must think of getting around – if only one partner drives and he/she became ill or unable to drive, would the other be able to get around and complete everyday tasks?

So, the moral of this point is to consider carefully how things will be five and 10 years down the line, when an urbanisation property may not be so practical.

Most Spanish holiday resorts in Spain are served extremely well by Girona, Barcelona, Valencia, Murcia, Alicante, Almeria, and Malaga airports, to name the most well-known. But not all resorts or towns will be easy to drive to, as although a property at only 60 km away may seem close to the nearest airport, this is not always the case. Heavy holiday traffic, poor snaking roads, and other unexpected conditions may mean it takes much longer to arrive form the airport to home and vice versa than the distance indicates.

When deciding on where to buy a property in Spain, it’s wise to choose a location within an hour’s drive from your closest airport. While two hours may not seem far, that extra hour is often the difference between asking a friend to take you to catch an early morning flight and receiving a yes as opposed to a no for an answer.

It is the difference between a just about affordable taxi fare, and one that will cost you way more than the flight. And who wants to drive for two hours after an already long day travelling? The insidious one hour more might also mean UK friends will opt to stay to a resort closer to the airport rather than deciding to visit you on their holidays.

This issue is more obvious, but also often overlooked. Beach resorts are great fun for everyday living until up to the end of June and after September, but quite frankly, during the high season months of July and August they can be very hard work. Finding parking is nigh impossible, your favourite bars and restaurants are crammed full of noisy partygoers and getting served might mean a long wait. You might even have to grin and bear unsociable behaviour if you live close to clubs and late-night pubs.

Conversely, living out of town might be perfect during the summer with a few lively local bars and several shops, more than meeting your needs for daily shopping and socialising. But many of these out of town local businesses will close for at least five months between October and March, leaving you without a meeting point for socialising or anywhere to get a pint of milk or loaf of bread without driving into the nearest town.

Furthermore, is the road leading to your desired property up to withstanding poor weather conditions? If a dirt track is the only way to get to your home, don’t expect it to always be passable in winter. Spain experiences extreme weather at times, including substantially heavy storms and maybe snow, which will cause craters in the track, and it could be days before local authorities get around to fixing the problem. Worse, you might even be forced to deal with it yourself, which can become very expensive.

So always visit an area during winter and summer before you pay any sort of deposit on a property and ask people who already live in the area how the surroundings may differ between the seasons.

Careful planning and refection of these factors can make a big difference to a successful move to Spain or a yearning to return to the UK, so consider wisely!