Two more agents expelled from The Property Ombudsman for 2 years. 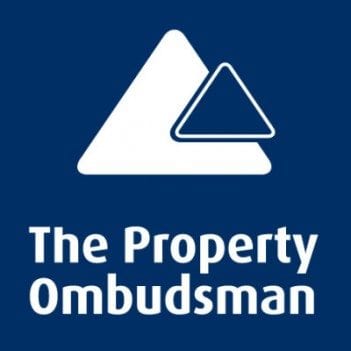 Two more agents, A S Moon & Partners, a sales and letting agent based in Northumberland, and CityWest.co.uk Limited, a sales and letting agent based in Hounslow, have been expelled from membership of The Property Ombudsman (TPO) for a minimum of two years. Both had failed to comply with parts of the TPO Codes of Practice, failed to co-operate fully with the Ombudsman’s investigations following complaints and failed to pay awards made.

The decision to expel CityWest from TPO membership arose following a complaint from a potential buyer who paid the agent £2,500 for what he maintained was a deposit, but the agent said was a fee for speaking to mortgage lenders and arranging suitable solicitors. Ultimately the Ombudsman did not accept that the fee had been a deposit.

When the purchase fell through the fee was not refunded. The Ombudsman criticised CityWest’s failure to explain when the fee would be retained or returned. He also considered that the taking of the fee was an unfair business practice, as the buyer was not made aware that this was not standard industry practice. The buyer’s first language was not English and he was purchasing for the first time. Despite the agent claiming that they “charged him accordingly” for their time, the complainant was billed before any work had been carried out.  The Ombudsman also upheld in part a complaint about poor communication. The award he made was a refund of most (but not all) the fee and compensation for aggravation to the complainant, which had been made worse by the agent’s failure to provide documentation to the Ombudsman when it was requested.

The decision to expel A S Moon from voluntary TPO membership arose following a complaint from a landlord of two properties.  On the first, the complainant said the agent returned a deposit to his tenant in full despite there being damage to the property and without checking whether the landlord wished to claim against it. On the second property, the landlord complained about not receiving rent and failure to carry out a check-out inventory, despite the agent providing a managed service to the landlord. The landlord also complained that A S Moon failed to respond to his complaint. The Ombudsman upheld all the complaints to varying degrees and made the award.

Gerry Fitzjohn, Vice Chairman of the TPO Board, commented “The role of the Property Ombudsman is to impartially review complaints made by members of the public against agents based on the evidence that is submitted. The Ombudsman aims to promote a resolution in full and final settlement of a complaint, and will determine appropriate redress where satisfied that the actions of an agent have disadvantaged a complainant.

“In these cases, both agents have failed to co-operate fully and both have failed to pay awards made: In the case of A S Moon & Partners the sum of £750 and in the case of CityWest the sum of £2,800.  I would like to remind agents of their obligation to co-operate with any investigations by TPO, The Ombudsman requires any evidence they can provide and that is their chance to put across their side of the story. While the vast majority of agents do co-operate, the small number who do not do so, put themselves at greater risk of having a complaint upheld, when The Ombudsman has only the consumer’s evidence to consider. Agents must comply with any award and/or direction made by The Ombudsman against them and pay the Complainant the amount of any such award within the required period for payment.   Cases of non-compliance are taken very seriously and are dealt with by the Disciplinary and Standards Committee (DSC) of the TPO Council.”