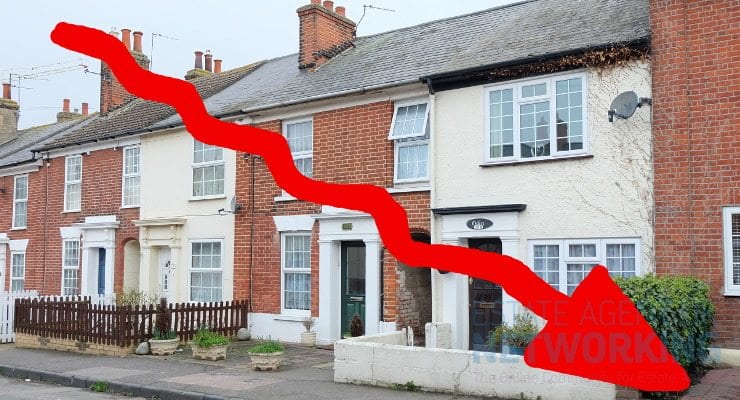 There is an ever greater presence of negative news on UK house prices from many industry respected names, is it now time for the eagerly awaited price correction, or is it just a slight foot off the gas as we engage into another higher gear of house price rises?

“Almost one-third of homes have been reduced with the most significant discounts found on the Isle of Man, and in Bradford and Doncaster in Yorkshire. The London borough of Twickenham has the largest share of reduced price properties at 41.82%.” Quote from Zoopla Property Portal, April 19th 2018.

It seems that for many years we have seen annual house prices far beyond inflation or beyond what many could every save up… Property has continued to make home owners richer on no solid foundations and those aspiring to purchase their own home have seen their dreams getting further and further out of reach. So, is it now time that house prices start to fall to get back to a reasonable and more honest valuation across the country?

What exactly has driven house prices up? Is it the increased legal and illegal immigration? Is it lack of economy growth so the government have allowed prices to escalate upwards in order to give an impression of wealth? Interest rates remaining low? Maybe it is simply because the price they are now at is indeed their correct value?

“Sellers in the capital are currently achieving just 95.6 per cent of their final asking prices, which translates into a loss of £27,442 based on the average London asking price of £628,039. When compared to the national average loss of £10,000, or 96.7 per cent of the final asking price, it appears that any hopes for an upcoming end to London’s property downturn might be dashed.” Quote from City A.M. website, April 16th 2018.

I have been looking at purchasing a second property in France and I am really alarmed by the difference in the average property price. In some of the bigger town areas where business and work is plenty, young and ambitious people thrive I am seeing the likes of studio apartments that are ideal for first time buyers at just £25,000 upwards – A massive difference to the UK where it can be anywhere £100,000 and over. Yes, France for many is rural and relaxing countryside retirement settings, but my research was in towns and cities such as Epernay / Reims that are central to the Champagne industry and are buzzing.

Speaking to some property professionals recently we brought up the subject of house prices and especially what the near future holds. The biggest concern for many is Brexit and that depending if the government carries out the wishes of the majority of voters – It could be a hard Brexit and this can cause many to leave the country which would put a significant amount of home owners / landlords in potential trouble and especially those later to the world of renting property where margins are so very fine. There is also the challenge from the government of more taxing and penalties for landlords and the likes of targeting empty home owners… Will it now become a period of time that owning more than one property isn’t all it is cut out to be and we can once again call our property a home?

“The first quarter of the year has experienced a fall in buyer demand and some anecdotal evidence suggesting mortgage softening, mainly due to unfeasible asking prices which – even with record low interest rates – have been rising at a pace faster than earnings, particularly marginalising younger property hunters looking to get into the ownership and rental market.” Quote by Foundation Home Loans director of marketing Jeff Knight on Mortgage Strategy website, April 18th 2018.