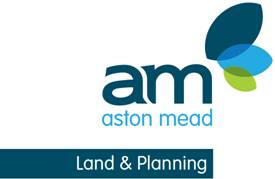 Leading land brokers Aston Mead say that the new Government under Theresa May should set its sights on building 300,000 homes each year, rather than the 200,000 proposed under David Cameron’s leadership.

The company’s comments come after the publication of a new report from the cross-party House of Lords Economic Affairs Committee, entitled ‘Building More Homes’, which indicates that the current 200,000 target is not high enough.

Aston Mead Land & Planning Director Charles Hesse said: “I’m not sure where the figure of 200,000 homes came from, but even then it was evidently too low. However, even this target failed to be met; last year only a total of 160,000 were completed.

“The last time the UK built more than 200,000 homes a year it was post-war, and there was a massive council housing programme under way. So we need radical changes in the way that we approach house-building, to enable construction to take place at a much faster rate.”

Charles Hesse suggests a three point plan that would help to fund construction and free-up available land, so that companies can start building with the minimum of delay.

He explained: “Firstly, Mrs May should establish a National Housebuilding Fund to finance public sector commissioning. Borrowing costs are at rock-bottom, and something in the region of £20 billion would cover the cost of constructing 100,000 homes, which could be sold direct into owner-occupation.

“Secondly, we should be braver about building on the less desirable areas of greenbelt. Whilst some of it should be preserved at all costs, other areas would actually be improved by being built on. There are 514,000 hectares of green belt surrounding London. You only need a tiny fraction of that to more than satisfy housing supply.

“Finally, local authorities should be encouraged to release land they themselves own. In London alone there is enough public-sector land to build at least 130,000 homes. A lot of authorities are not planning for enough houses, and they are not getting enough challenges from the planning inspectors about how to do it. And if that means an intervention from central Government, then so be it.

“Ultimately, we need to double the current rate of construction. Tinkering at the edges – providing a dozen homes here and there – is no longer enough. Housebuilding needs a radical overhaul, and without it we will never get close to the target of 300,000 new homes a year that this country so desperately needs.”