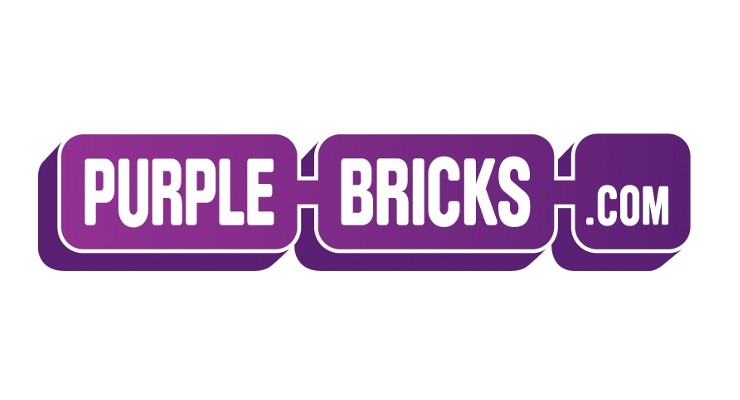 On November 1st, Purplebricks was trading on the Alternative Investment Market (AIM) at 54.9p a share. It dipped to a low of 31.78p on Friday, before rallying a little to 33p a share. This amounts to a weekly drop of 39.89%.

If this drop continues this week, it could be game over.

This is significant because Purplebricks has around £58 million in its coffers, taking cash upfront from vendors, and no physical offices, so it should really have a stable share price.

But a huge cloud is looming, taking the shape of a class-action lawsuit by former Local Property Experts, who have ‘worked’ for the company in the last five years – some of whom may still be working, though now as PAYE employees. This might be the reason for the doomed shared price.

Contractors for Justice, the body behind the pending legal action, has stated in recent days that: “The response from former and current Local Property Experts and Territory Owners has been nothing short of phenomenal and to the extent that we have had to recruit more staff to deal with the inbound enquiries…

“The number of Purplebricks agents that have signed up with us now is well into the hundreds and we will be providing a more detailed update in the coming weeks at which point it will be clearer as to when the action itself will formally commence.”

If the action goes ahead and Purplebricks loses, some pundits have calculated that the costs and the pay-out could exceed £25 million. This would of course mean that Axel Springer, which still holds a large amount of stock in Purplebricks, will catch a cold, especially as Purplebricks only squeezed a minimal £5.8 million profit this year, its first ever, £2.2 million coming from the cash of selling its Canadian interest in a one-off move.

The bigger picture is that there are other online agents like YOPA and Strike and if Purplebricks does fail what then for them?

Strike is based in the North, though trying to expand into the South. It offers a freemium service, which in my opinion is always a doomed business strategy. Because buying market share using VC, PE or angel investment is different from having a business that stands on its own two feet.

I could get a fund of say £30 million tomorrow and buy the custom of the property consumer by offering a ‘free’ way to sell a property, and as around 10% of vendors are price or fee sensitive, I am sure I would get takers. This would result in market growth, showing I had ‘users’ and something to offer them. But when that capital runs out so too does the viability of the business model.

By comparison, Connells, a traditional model of agency, does not burn other people’s cash to tempt vendors to use them. To the public, they offer localised, high quality and incentivised practitioners with great tools and training who pay a going rate, eschewing the freemium model. Turnover is vanity, profit is sanity. Maybe a table of agencies showing their annual profits is a better indicator of who the public should use.

YOPA also has done nothing but burn its investors’ capital, some of it being Savills who might now decide enough is enough.

Purplebricks started trading on AIM for around 95p and climbed in 2017 to 498.50p a share. It started 2021 at 106p a share, now post-Olympics which it sponsored, that 33p is probably a swan song trading level. Maybe Axel Springer will move on it. Maybe someone else. But who wants to buy a big problem which soon will have a massive negative branding problem?

People like to entrust their homes to safe options when selling, it is their prize asset after all. As we saw with the original Emoov, and a number of others who failed in this space, unless the UX is brilliant, being cheap is not what the client wants.

Service is above all, otherwise they go elsewhere.

Last Thursday, I was lucky enough to be invited to the closing event of the first REACH UK program backed by Second Century Ventures, the commercial arm of the National Association of Realtors (NAR), and also in cooperation with ARLA Propertymark.

What was remarkable was that this whole program, which started in February, had played out during the pandemic, meaning a lot of the program was often more video conferencing than face to face events.

The event itself kicked off with a great keynote speech by Nathan Emerson, CEO of Propertymark, who likened the cohort companies to infants growing up and being nurtured by the founders and REACH UK’s network.

There then followed a polished final pitch for each company on the program, delivered to the assembled audience by the founders and co-founders:

Each outlined the problems they had defined and the solutions they provided, all in different verticals of the real estate ecosystem. What really came through was the comradery and closeness of the class, as they had experienced the same journey, which was headed up by leads Valentina Shegoyan & Natasha Terinova.

It was also great to hear that the NAR, the association of property practitioners who have been around for 130 years, firmly see that technology is here as the next generation of digital solutions to enhance and not replace all professionals in real estate, creating less friction and more profit.

Tyler Thompson pointed out that in this digital age, value and growth must be linked to the creative vision of the founders, who have the support and resources of the REACH program, a true partnership that amounts to a win for all stakeholders involved.

Although this program is over, it was also made very clear that REACH UK would continue to nurture and support the seven original companies in the years to come as they blossom, get even greater market traction, and become household names and hopefully global brands.

The NRLA will have its annual meeting in November

On November 30th via Zoom, Ben Beadle, CEO of The National Residential Landlords Association will present its annual review. At the same time, the annual report and accounts will be unveiled. Given that the NRLA is in its infancy, it certainly has been in the media focus during the past 12 months.

Ben Beadle has been a constant voice regarding the PRS and of course the interests of landlords and, in a balanced way, tenants who form the other side of the ecosystem. He has lobbied the government and kept a spotlight on the issues that the pandemic has created.

With a membership of over 90,000 members, it will be interesting to see both its financial shape and what it believes it has achieved during its inaugural year.

The Founder of PropertyHeads, Ben Davis has put together a joint partnership so that its clients on-site can get access to the large range of services provided by CoreLogic, like property data and analytics.

Stewart McRae, sales and marketing director of CoreLogic UK said: “The partnership will add another tangible benefit for members of the social networking site. Introducing the network to the CoreLogic suite of Property Marketing Services – photography, 3D virtual tours, drone, floorplans etc. provides agents with access to relevant resources that are quality assured at the highest levels.”

Ben Davis said: “Our agent marketing solutions form a crucial part of our growth strategy and our partnership with CoreLogic represents an important next step in that regard. We’ve already registered a comprehensive share of the agency market in the short time that we’ve been around.’

For those unfamiliar with PropertyHeads, it styles itself as a property social network, where they help users with every aspect of their property lives, like finding a home, sourcing tradespeople, saving money on running their home, etc.

Its collaborative community, which boasts experts in every field of property, goes a long way in providing access to information and support, working towards its goal of a more transparent residential property sector.

In the first such move, HM Land Registry has sent a shot across the bow of the conservative, slow moving, analogue and paper-based conveyancing community, saying that from late 2022 they will not allow changes to titles of land and property being sent in by paper format.

HMLR’s official statement is that conveyancers who wish to alter existing titles will have to join the world of digital, a sign that at long last digital transformation is going to be on the agenda for many who have been swerving this advance.

The Registry announced: “[From] November 2022 we will no longer accept scanned or PDF copies of AP1s for changes to existing titles via the HM Land Registry portal.”

This will mean there will need to be a 90% uplift in how conveyancers do this, as presently only one in ten conveyancers are digitally registering amendments to titles.

CEO Simon Hayes comments: “A digital application process, based on data rather than traditional paper-based methods, is fundamental to transforming the way we register land and ultimately will play a vital role in improving the end-to-end conveyancing journey.”

Hayes also reported that the speed of service and the fall in errors had been noted since last April when the pilot scheme came in.

Lets us hope, if the legal sector can get on board, that lenders will soon follow suit to speed the whole conveyancing process up.