How much does Hoarding Effect your Property Value? 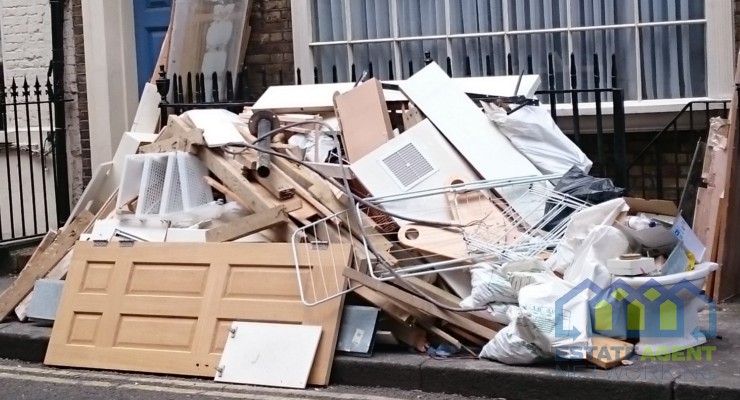 There’s hoarding and then there’s hoarding! I am sure many of us are guilty of some kind of hoarding, it is not uncommon that we attach ourselves to certain items and are likely to store / reserve them instead of throwing them away. Many times, what we hoard we do not actually go on to use or we end up hoarding too many / too much and never get round to using all of it. From glass jars (for the homemade jam we never get round to making) to newspapers and cardboard boxes for storage and wrapping.

For some of us we might just be guilty to hoarding paperwork in only one of the draws in the kitchen, others will use up that whole spare room for those household items we have not used in years though one day might need. It is not uncommon to refrain from throwing things away that might have value (either today or in the future) which sees countless metres squared (or even metres cubed) wasted on VHS cassettes, old LP’s, books, clothes, toys, out of date furniture, ornaments and much more.

It’s thought that around 1 or 2 people in every 100 have a problem with hoarding that seriously affects their life and ultimately this effects primarily where they are living. Severe cases of hoarding usually sees a person or persons accumulating worthless items in a chaotic manner, usually resulting in unmanageable amounts of clutter. People can end up living in property that are not only unliveable, but also pose a risk to both their health and safety. The hoarding can be both within the property where the likes of rodents and smells can thrive which can have a negative effect to immediate neighbours to being far more visual such as on the surrounding land of the property (front / back garden) where visually and health & safety wise there will be a greater concern. Most times a local authority member will step in to remedy the situation that might include fines or even having to eject the tenant / property owner.

Property with hoarders can effect the prices of both immediate / surrounding property as well as the property itself. Any property that has excess storage outside to include non road worthy vehicles, can lead to effects negatively on the value of property surrounding it – Quite literally, many people will be put off by an immediate neighbour’s property and especially if it is an eyesore.

It is important to consider that hoarding is a serious mental illness in and of itself, or is indicative of other mental illnesses. Dealing with a hoarder should be thought out prior to include contacting a relative / friend to inform them that someone they know may be at risk from hoarding or at least contacting relevant local council departments to initiate a welfare check prior to confronting the hoarder directly in person. Remember that many hoarders will be in denial and also be very protective over what they have hoarded. The average person seeking treatment for hoarding disorder is about 50 years old.

Those who hoard at home risk devaluing their property in many ways to include:

How much does hoarding effect the value of a property? This will depend how serious the hoarding is and what is being hoarded and where. The biggest cost will be the removal of the hoarded items (if purchasing a property with, ie that of a deceased person) and most certainly a big cost could be towards the damage that hoarding might have caused such as via dampness. Hoarders will generally get to a serious situation in accumulation of items over several years so a property with a hoarder is likely to require modernisation throughout to include kitchen and bathroom(s). At least £10,000+ should be considered as a cost to remedy a property that had a hoarder occupier previously.