London House Prices Drag Down The Rest Of The UK 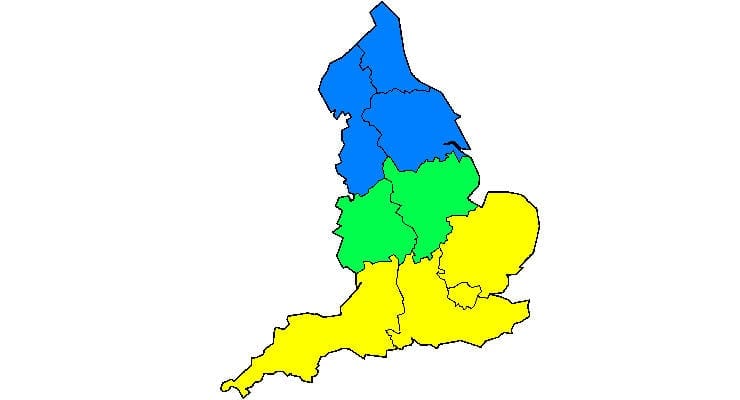 We have a seen over the last 18 months prices the effects of London housing market plummet. Properties are sticking on the market which is making vendors anxious and forcing them to reduce prices. These price wars are dragging the house prices down even further and in turn, it doesn’t seem to be stimulating sales, which is a worry.

The Office for National Statistics (ONS) brought out their latest house price figures, it showed growth across the UK in July 2018 of 3.2% which is slightly down from the previous month where growth was 3.1%.

Bristol, Birmingham and Manchester
London is the main reason for stagnant house price growth along with the south and east of England. London saw the lowest annual growth across the whole of the UK which saw house prices fall by 0.7%. During June the rose slightly by 0.3%.

Up and down the country we saw steady rises, the North West lead the way with annual growth of 5.6%. The Southwest and Birmingham area saw house price increases of 4.4% across the year.

Chris from Home House Buyers says “These areas are helping the UK housing market from showing a decline in growth, which is affectedly bolstering the housing market. He also explained ” London is experiencing another dip in house prices and is, therefore, acting as a deadweight to the UK’s housing market, which is contributing to the lowest annual growth the UK has experienced in five years. The big question on everyone’s lips is…. what happens to the UK’s housing make when we leave the EU. I believe the answer is the unknown and nobody can really predict what is going to happen.”

“It is a good job cities such as Leeds, Manchester, Bristol and Birmingham are performing well otherwise the UK’s housing market would be in dire straights at present.”

The North/South Divide
Chris from Home House Buyers said the figures that the Office for National Statistics proved that the North/South divide has been turned on its head.

He also said, “The reason behind the north having rising house prices and booming house sales is down to thriving local businesses, buoyant jobs market which is driven by regional investment into these cities.”

“The capital at present is a market which is struggling and this is down to businesses worrying about the fall out from Brexit and employees worrying about their jobs future. It seems that this has caused the Londons housing market struggle. In some parts of London, it is definitely a buyers market and there are some good deals to be had. With heavy discounts being the norm, vendors have to come to terms with this if they are wanting a quick house sale then they must be willing to reduce their marketing price.”

The Post Office explained that ” While the capital has seen house prices fall, the commuter towns such as Luton and Reading have seen massive growth of nearly 10% over the last year alone this we believe is down to first time buyers being outpriced in the capital and interest rates still at an all-time low”.

“First-time buyers have made it clear by this finding that location as long as its commutable to the city is something they are willing to compromise on and by doing so makes their property purchase more affordable than buying in the capital.”

Blackburn Mini Boom
Estate agents in and around Blackburn have been reporting sales going through the roof since January with houses selling for the asking price and in some instances even going above the asking price. This has been more common on the south side of Blackburn.

Your Move estate agents have singled out Blackburn as the fastest growing area in England and Wales.

The property boom in Blackburn is unlike London’s property boom where it was bolstered by a lack of supply. Blackburn doesn’t have that problem they have many red brick Terraces which are vacant.

The reason behind the boom is there are properties being built by developers that buyers want to live in. It seems there are around 12 developments happening in the area with 420 homes to be built this year with over 28% which are going to be affordable housing.

With the Help To Buy scheme which the government introduced it has made it easier for first-time buyers to be able to afford their dream home. They have been wanting semi-detached or detached houses with gardens rather than the traditional two up two down terrace property with no garden that Blackburn normally has to offer. The lure of a garden and a driveway seems to be pushing buyers towards the new build properties.