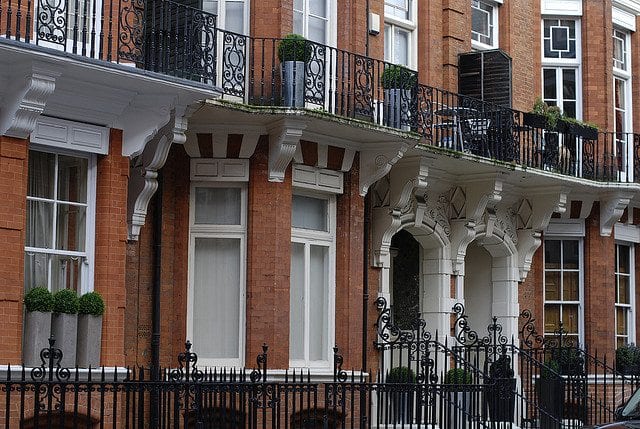 The rare air of Mayfair has inspired wonder for many generations, mainly thanks to its position on the Monopoly board. However, since World War II, the real world has left Mayfair failing to meet the prestige inherent in its name. The great news is that Mayfair is fast recovering its status as one of the UK’s top prime markets, with new build schemes hovering around £5000 per square foot. Best Gapp, an estate agent in Mayfair have looked at and highlighted what modern Mayfair has to offer.

Heavyweights such as Gordon Ramsay have earned Michelin stars in Mayfair, while awarded international cuisine can be found throughout the area. In a city blessed with some of the world’s best restaurants, Mayfair’s dining establishments exist in a sphere of their own. This has helped re-establish Mayfair’s position as one of the world’s most desirable places to live.

A Neighbourhood of Royalty

Queen Elizabeth II was born in Mayfair, and the area has always played host to members of the royal family. Other famous inhabitants throughout the years include Oscar Wilde, Jimi Hendrix, and Andrew Lloyd Webber. If an address is only as good as those who live in it, Mayfair is one of the best addresses you can have.

Some of London’s most exclusive private member’s clubs can be found in Mayfair. From the mainstay that is Morton to newcomers such as Little House. Don’t forget Annabel’s, one of the world’s most prestigious and discrete clubs, and the favourite of aristocrats and A-listers alike.

In a city as frenetic as London, green spaces are essential. Mayfair is surrounded by some of the most famous parks in the world. The 350 acres that make up Hyde Park lie to the west, while the gardens of Buckingham Palace, St. James’s Park and Green Park are in the south. Hanover Square, Berkeley Square, and Grosvenor Square are three of the oldest Georgian garden squares in London, and Mount Street Gardens offer peace and tranquillity.

It seems every inch of London has been mapped – why shouldn’t it be? Well we all know London is a word class city.  However, Mayfair offers three gardens that are so secret they don’t appear on maps, can’t be seen from the street, and can only be accessed from the 75 properties that surround them. The calm of these gardens is a wonder to behold, and their existence has helped make Mayfair one of London’s select addresses.

Mayfair’s name is synonymous with sophistication, but this isn’t the only thing driving buyers to Mayfair. Wealthy London buyers are demonstrating a preference toward the right property, leaving postcode envy for the rest to squabble over. Savvy developers have discovered that building and finishing properties to the highest standards is the best way to attract wealthy buyers. The heady combination of Mayfair’s address and the perfect property has seen the cache of this area rise significantly.

It’s wonderful to see Mayfair reassert its prestige. If you’re looking for a top prime location in London, you won’t find better than this.