Property Portals What Is The True Value For Estate Agents? 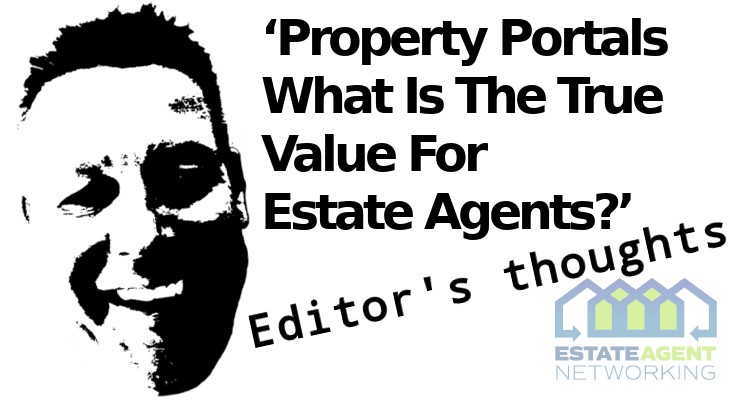 Many are questioning the real return on investment for portals, Homehere have done some deep analytics on the subject and set out below is their findings based on a sample group.

1. Research found less than 3% of all leads from property portals converted to sale or let

The report analysed the sales, lettings and valuation leads from estate agents around the UK all of whom had subscriptions to Rightmove, Zoopla and OnTheMarket from July 2020 to January 2021.

When tracking all incoming leads and their outcomes, none of the portals achieved more than 3% success. The researcher found that Rightmove converted 2.65% of leads into a sale or rental, Zoopla 1.9% and OnTheMarket just 1%.

Valuation leads also showed a big difference between the portals, with Rightmove delivering 54% of all email valuation leads to participating agents, Zoopla 43% and OnTheMarket just 3%.

Founder of Homehere, the digital lead conversion system designed for estate agents, Lou Quinn said: “’We’ve published this data to bring some transparency to the ongoing conversation around portal performance.

“What we found was surprising. Areas that we thought the portals would be stronger in, such as valuation leads, actually aren’t, with very few of them actually converting to instructions.

“The number of late leads – those that arrive after a property has been taken off the market – was also something that we were shocked at. The research revealed a massive difference between portals, with OnTheMarket reporting 40% of late leads compared to 6% from Zoopla and 5% from Rightmove.”

Lou explained: “The data suggests that there’s areas that the portals can improve on, maybe focusing more on quality over quantity. As our customer base grows, we plan to issue a quarterly industry report which will hopefully make it easier for agents to see which channels are generating the most value for them.”

A full downloadable copy of the property portal research can be found here: http://zpr.io/RR3FX