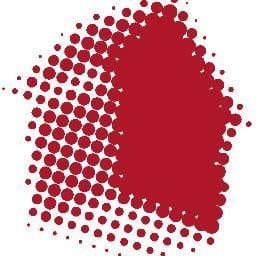 Paul Shamplina, Founder of Landlord Action, specialists in landlord possession services, says the rise in evictions and use of Section 21 accelerated possession procedure is a stark insight into the severity of the UK’s housing shortage, and a reflection of the impact increased legislation is having on the private rented sector.

He comments: “Rising rents and welfare cuts are undoubtedly to blame for the growing number of evictions. With a shortage of affordable properties, particularly in the capital, the imbalance of supply and demand has pushed rental inflation well beyond the levels at which tenants’ wages have risen.  Many simply can’t keep pace and are falling into arrears.  We’re seeing more subletting scams and cases of tenants renting out properties on holiday websites in order to cover their rent than ever before.”

According to MoJ, the proportion of claims made using accelerated procedure has increased from 7% in 1999 to 25% in 2015. There are several reasons for this according to Mr Shamplina.  “Rising house prices, uncertainty over future buy-to-let tax implications and concerns over increased legislation (such as Right to rent and Deregulation Act) have been the catalysts for many self-managing landlords to consider selling up.  They use Section 21 as a way to gain possession of their property as quickly as possible.”

In other circumstances, where tenants are in arrears, Landlord Action says many landlords still opt to use a section 21, instead of Section 8.  Some landlords feel they won’t be able to collect rent arrears so this allows them automatic right of possession without having to give any grounds (reasons) once the fixed term has expired.  Other landlords are being forced down the Section 21 route because local councils are advising tenants to remain in properties until a possession order has been granted by the courts.  This means they can apply for re-housing and do not make themselves “voluntarily” homeless.
“A section 21 usually enables landlords to gain possession much quicker on a no-fault basis, so they can re-let the property, which is often more financially viable than chasing arrears.  I believe use of the

Section 21 process for landlords will continue to grow year on year because of councils’ pushing the problem back onto private rental sector landlords” adds Paul Shamplina.