Where in England and Wales has seen the most prime sales so far this year and for the highest value?

Vyomm analysed data from the Land Registry to highlight the postcodes where the most prestigious home sales are taking place, what properties are selling for and where has seen the most transactions between January and March this year. 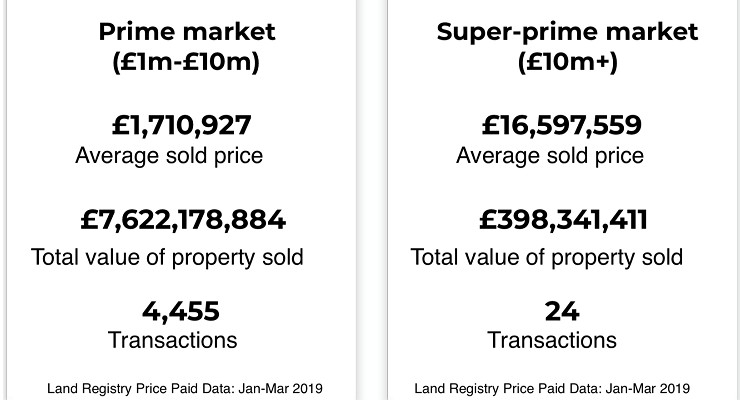 Sale of the year?

The Grade II listed Georgian building sits within sight of Buckingham Palace on the Mall and is thought to be the most expensive property purchase in the UK since 2011!

However, with a £30m discount from the advertised price of £125m, the 152nd richest person in the world picked up a good deal on the house which was bought off market. 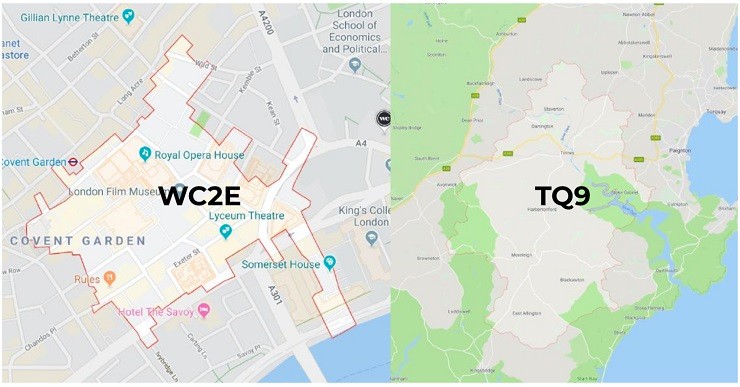 Prime property transactions have been building over the last year, with a 9% increase between £1m and £2m, a 5% uplift between £2m and £5m, and a notable 7% jump above £5m.

In terms of the best performing postcodes so far this year, SW11 in Battersea has seen the most market activity with 104 sales between £1m-£10m and an average sold price of £1,474,782. 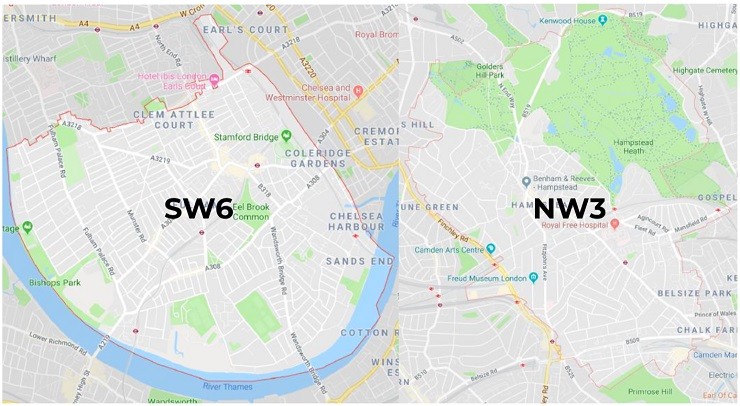 Market conditions in the super-prime bracket remain more muted compared to the lower levels of the top end market, with NW8 in St John’s Wood home to the highest average sold price at (£26,00,000).

See all of the super-prime property transactions and sold prices by clicking our interactive map here: https://vyomm.com/blog/the-1-million-pound-postcode-index W1J in Mayfair is also home to the largest number of transactions so far this year with three sales, joined by W8 in Kensington.

NW8 not only tops the table for sold prices but ranks third for transactions with two sales, along with W14 in Holland Park and W11 in Notting Hill.

“While the super-prime market remains one driven by quality rather than quantity, there has been a number of notable transactions so far this year which suggests the tide is starting to turn and buyer demand is returning to the very top level of the market – particularly in London.

In addition to this, we are certainly seeing a return to form in the lower levels of the prime property market, with double-digit transaction levels being registered in over 100 postcode areas between the £1m and £10m threshold.

Although the ongoing uncertainty surrounding Brexit may be dampening regular buyer appetite, there are many foreign buyers in particular who recognise that the market has seen the bottom and now is the time to secure a very good deal before prices see further growth.

This realisation has been led by a weaker pound compared to the dollar and euro which has made investment far more attractive, coupled with the potential reversal of previous stamp duty changes that drove up cost and deterred many from buying. These original changes to stamp duty tax had a far greater impact than Brexit has had to date, and so a return to previous thresholds will bring a notable increase in demand and price growth in the prime and super-prime markets especially.

Yes, we are yet to see a return to previous form, but this return is certainly now within arm’s reach and with heightened levels of buyer demand, it’s a matter of when not if.”

**Super prime market includes everything from £10m and over