Where in the UK Has the Best Internet Connections? 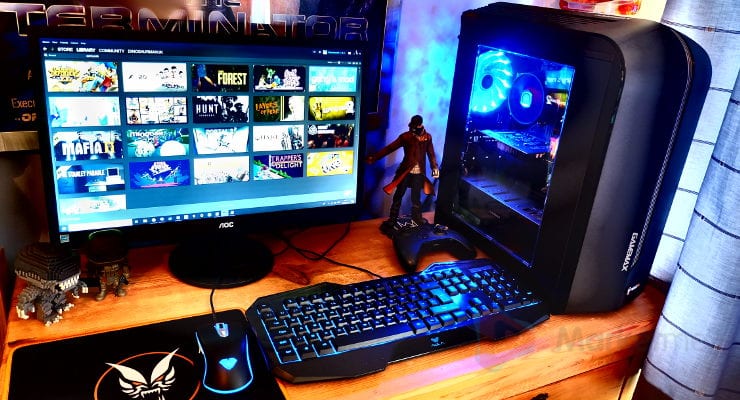 When prospective buyers are examining what they want when buying or renting their next home, they’ll weigh up a whole host of different factors. They’ll want to know what the crime rate is, how much the property will cost to heat, what rate of council tax they’ll have to pay, how close it is to local amenities, how long it takes to commute to their place of work, and what parking conditions are like.

While most of these factors are questions buyers have been asking for decades, a more recent factor many now must consider is what the broadband speeds are like in the area.

Internet speeds have increased exponentially since many of us first started getting online. In the 1990s, you’d be lucky to have a 56 Kbps dial-up modem with most people having to make do with speeds of just 28 Kbps. But as broadband has become more widespread, those speeds have doubled and doubled, reaching an average of more than 50 Mbps (over 900 times faster than in the 1990s).

These lightning speeds have made it possible for us to do much more online. Almost all of us shop from our computers and smartphones, communicating with loved ones has become much easier, and many of the TV shows and movies we watch today reach us over the internet.

Online gaming has also exploded in popularity, with something on offer for everyone. Many of today’s most popular titles, including Fortnite, Hearthstone, and Call of Duty, have either exclusively online functionality or are heavily focused on internet-based multiplayer modes. Online casinos are also another popular choice, especially in the UK, with a mix of classic and contemporary titles available. This includes modern video slots and games that add a unique twist to older options; for example, 21+3 blackjack uses the standard mechanics and rules but introduces a side bet that’s inspired by three-card poker.

So with the internet being such an important factor for homebuyers, you may be wondering where in the UK you can find the fastest download speeds.

The Fastest Place in Britain

The absolute fastest place for internet, at least at the end of 2021, was on Haul Fryn, in Birchgrove, Swansea. Houses on that road could achieve eye-watering speeds of up to 882 Mbps – more than 17 times more than the national average.

But only a handful of people will be able to buy property here, so we need to look at towns and cities as a whole, as this is more representative of what you’ll experience.

With a population of 1.3 million people, Liverpool ranks as the sixth-largest city in the UK. There are many reasons to want to move there, including a lower cost of living, beautiful architecture, and great transport connections. But if your biggest priority is internet speed, then the city should also go to the top of your list.

Its aggregate median download speed is the fastest in the UK, with 43.6 Mbps. It’s also home to Hall Road East, the street with the 8th fastest connections in the country, with tests topping out above 700 Mbps.

Birmingham is next on the list. As the second-biggest city and fourth-largest metropolitan area in the UK, it’s home to more than 2.3 million Brummies. As well as being one of the best-connected parts of the country thanks to its central location, motorway links, large railway infrastructure, and giant airport, Birmingham is also a communications hub.

The iconic BT Tower stands tall in the city’s skyline, broadcasting signals to almost all of your wireless devices. Aside from this, using Birmingham’s underground cable network, residents can achieve median average download speeds of 40.2 MBps.

Hull is a unique city in many regards, but for the purposes of this comparison, it stands out because it’s the only place in the UK that doesn’t have BT and Openreach infrastructure. Due to some decisions made by local politicians over 100 years ago, the city has a completely independent network.

While this has some downsides, it means that everyone in the KCOM region has access to full-fibre. That’s helped Hull to become the third-fastest part of the UK with median speeds of 37.7 Mbps.

For all of these cities, the speeds decrease when you head into the outskirts, but they all still rank higher than many other parts of the country, making them ideal for anyone that wants to live somewhere with a fast connection to the internet.