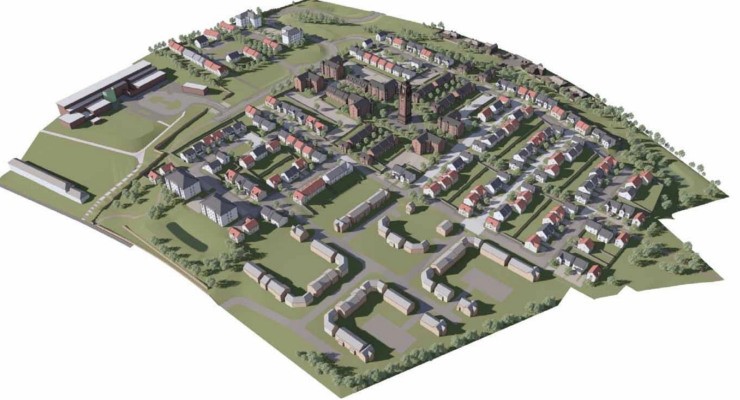 A recent news story from Scottish Housing News shows that 403 new homes are proposed to be built at the site of the former Ruchill Hospital in north Glasgow.

“If approved, the homes will consist of 160 one and two-bedroom flats and 243 three and four-bedroom homes.”

The site will see a selection of flats and houses built, no building to be greater than four stories, and will also take care to respect the former style and architecture the site once produced. The project looks to improve the current urban offering and also to maintain certain land marks such as the former water tower. Mature trees are to be kept also with additional green spaces added along with a children’s play area.